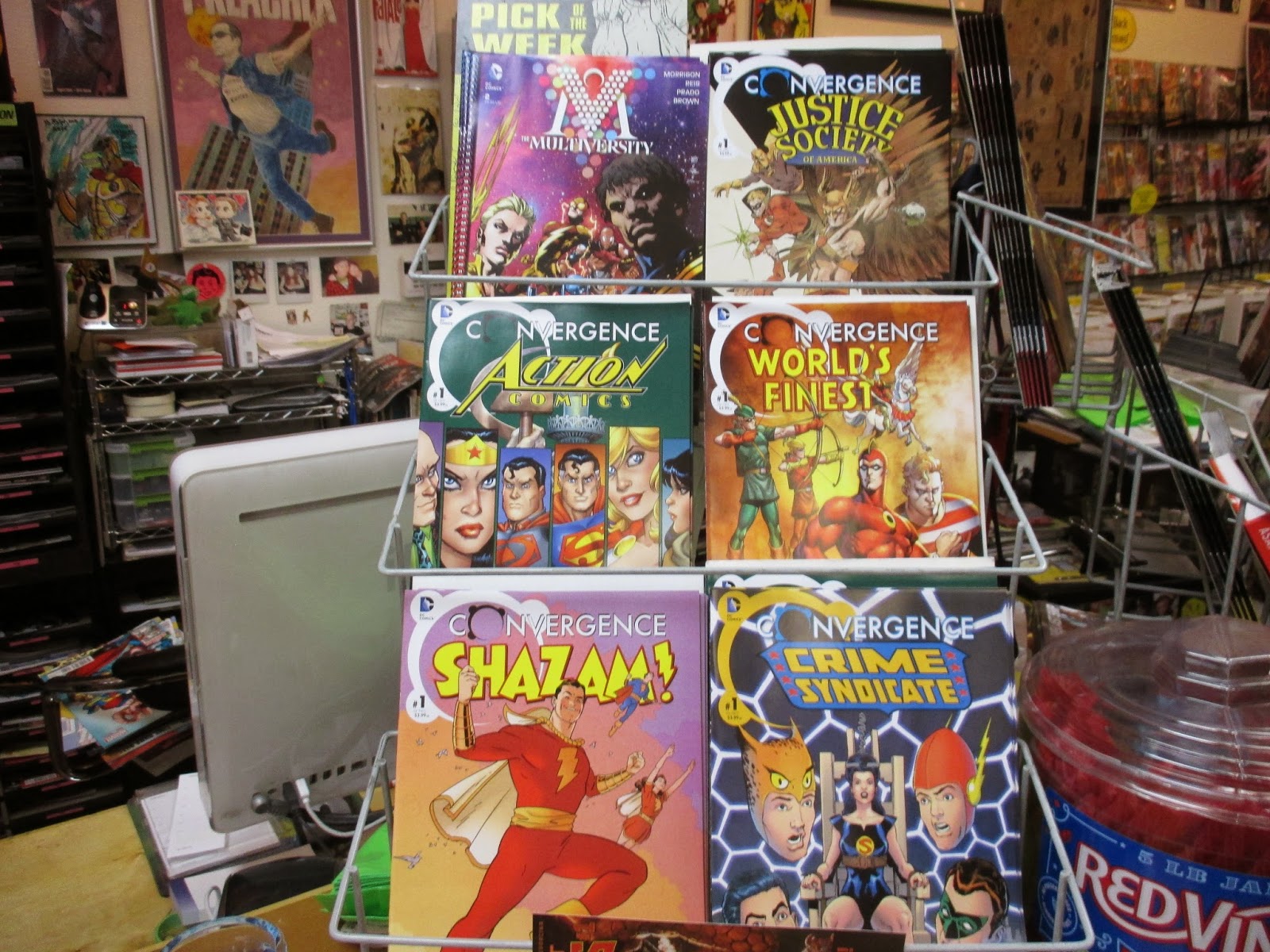 Check out the info after these three photos on tonights Star wars group show! 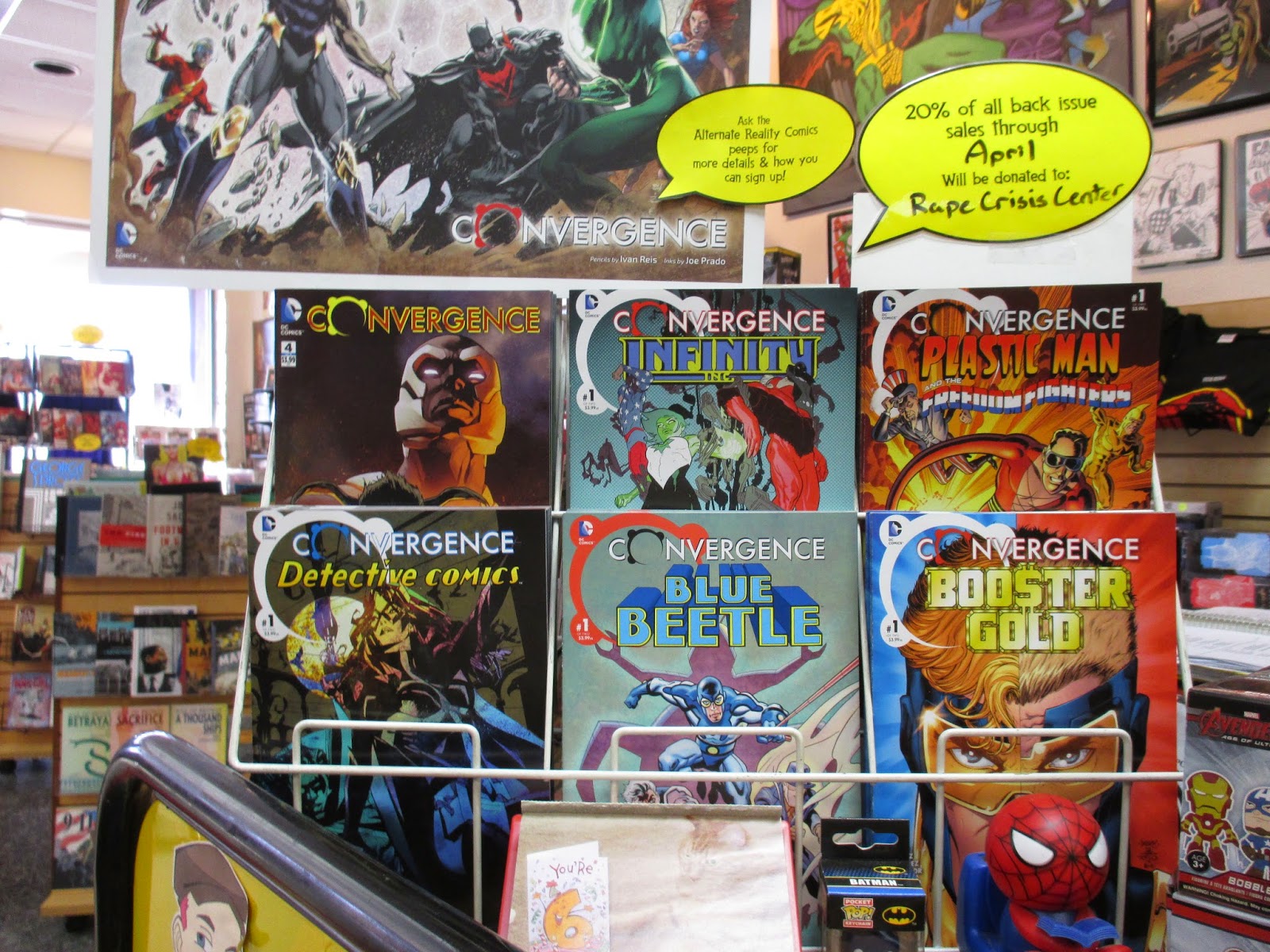 And everyone knows that this Saturday, May 2nd is FREE COMIC BOOK DAY, right!? 9am-7pm! 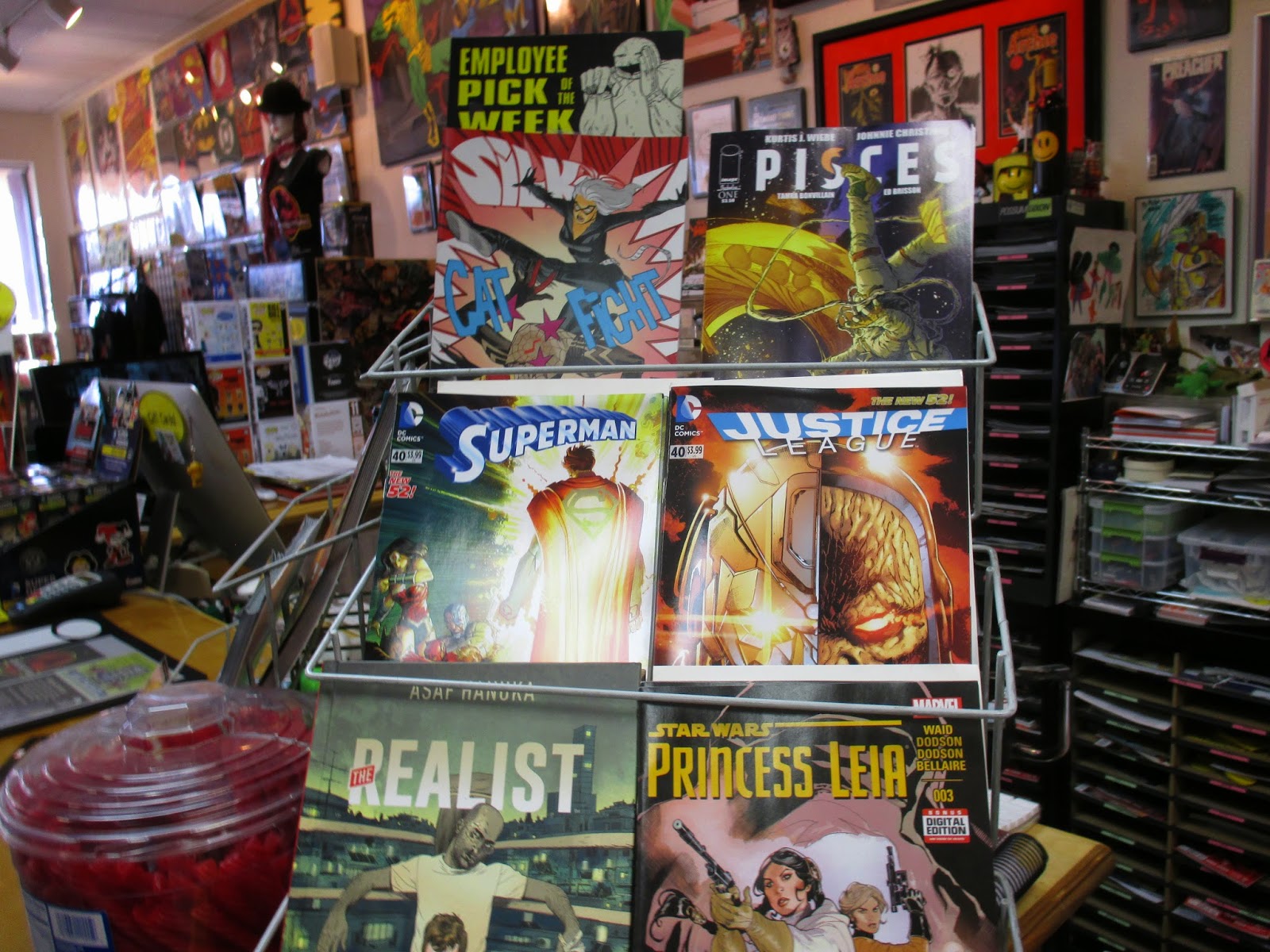 We're having our annual Artist Spotlight May group show, with this years theme being anything Star Wars related! We still have some spots open for artists, any medium, just needs to be ready to hang (turn in art by Sunday, April 26th at the latest)! All of the artists who have a piece in this group show will be at the opening and they'd love to visit with YOU!
at April 28, 2015 No comments: 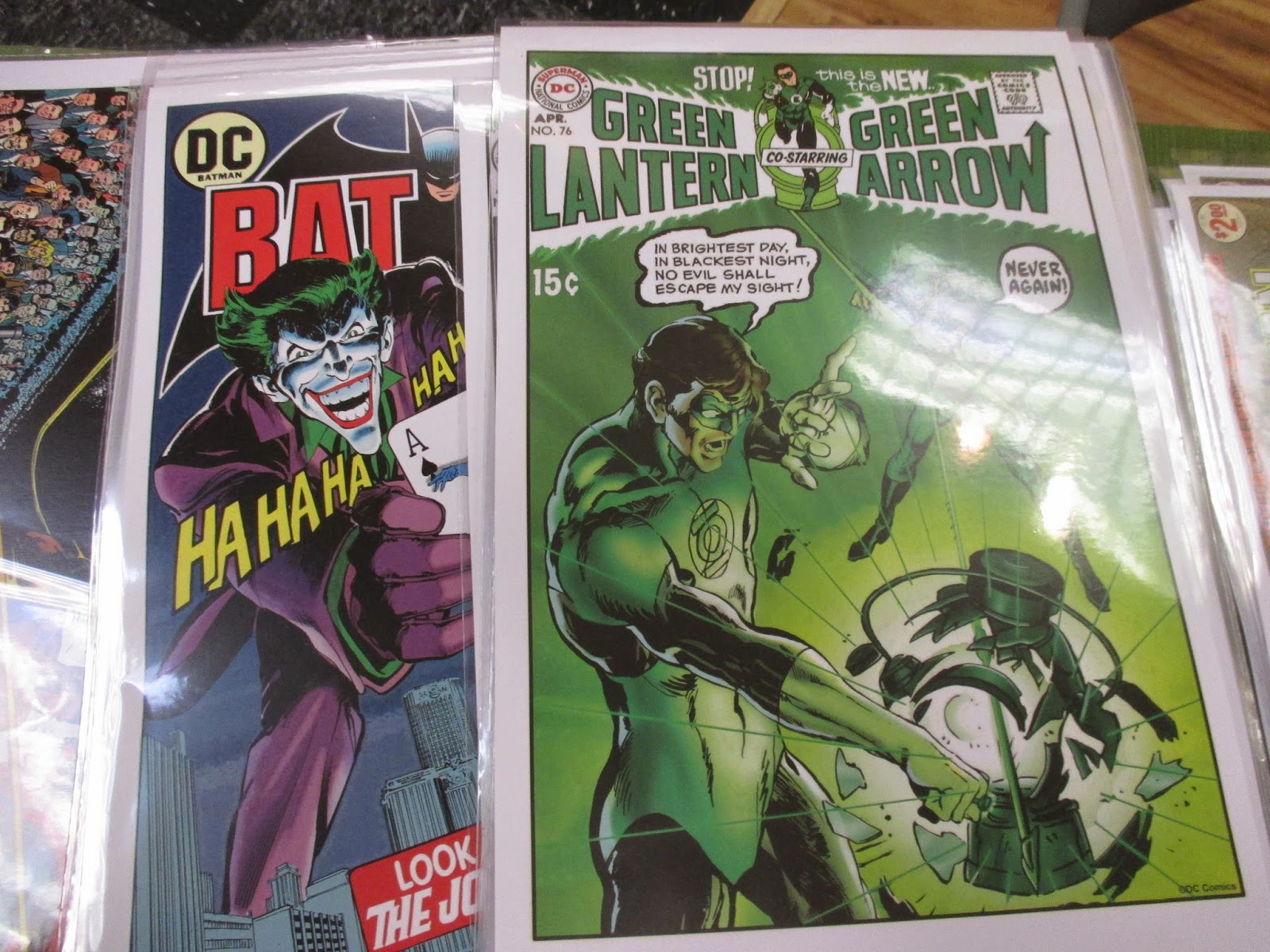 THE Neal Adams, legendary artist supreme will be signing today from 4-7pm, come by pick up a print or twelve, and thank him for all the entertainment and great art he's done sine the late 1960s! 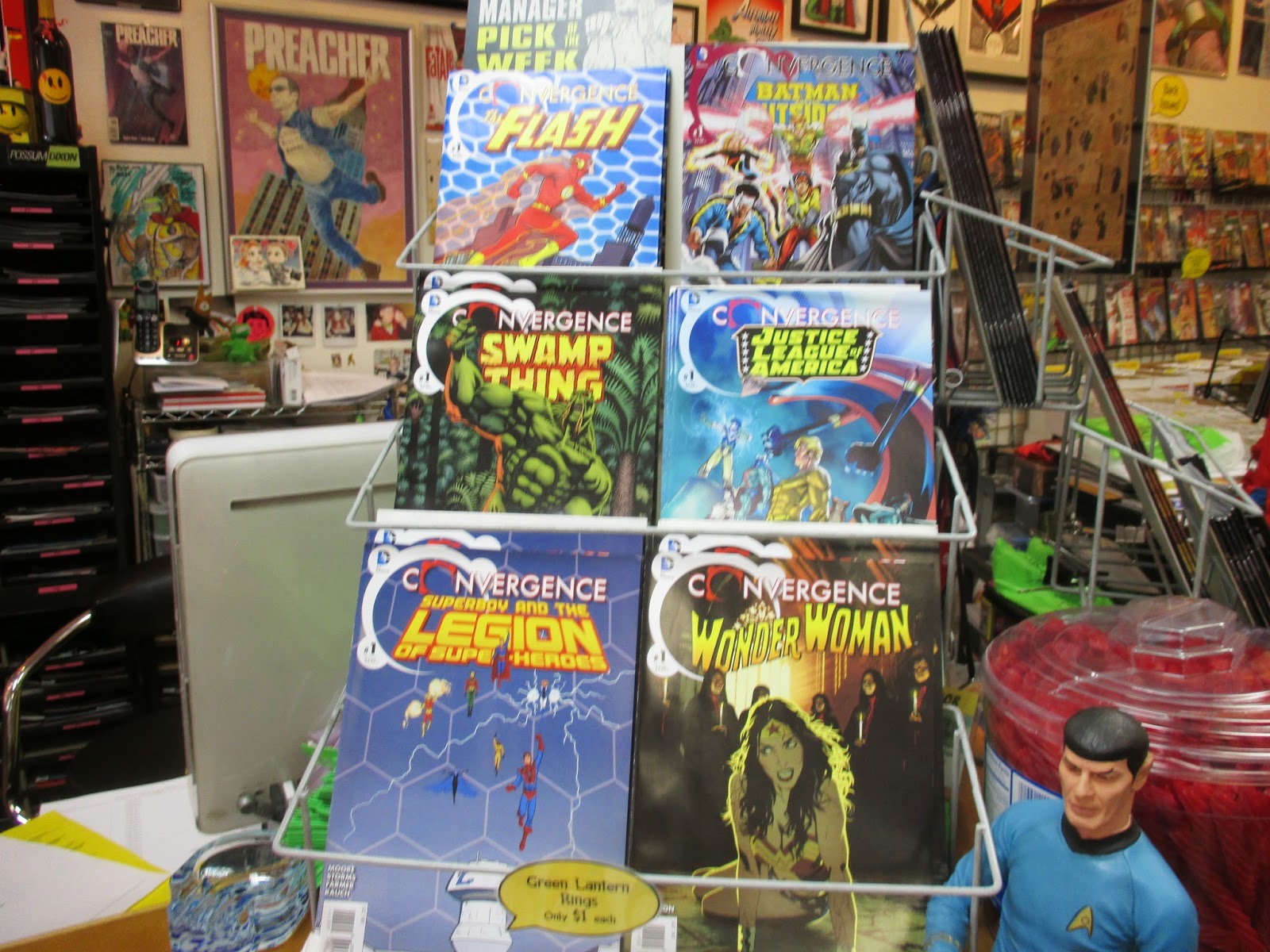 This week's convergence titles look really fun (I wan't that impressed with most of last weeks)! 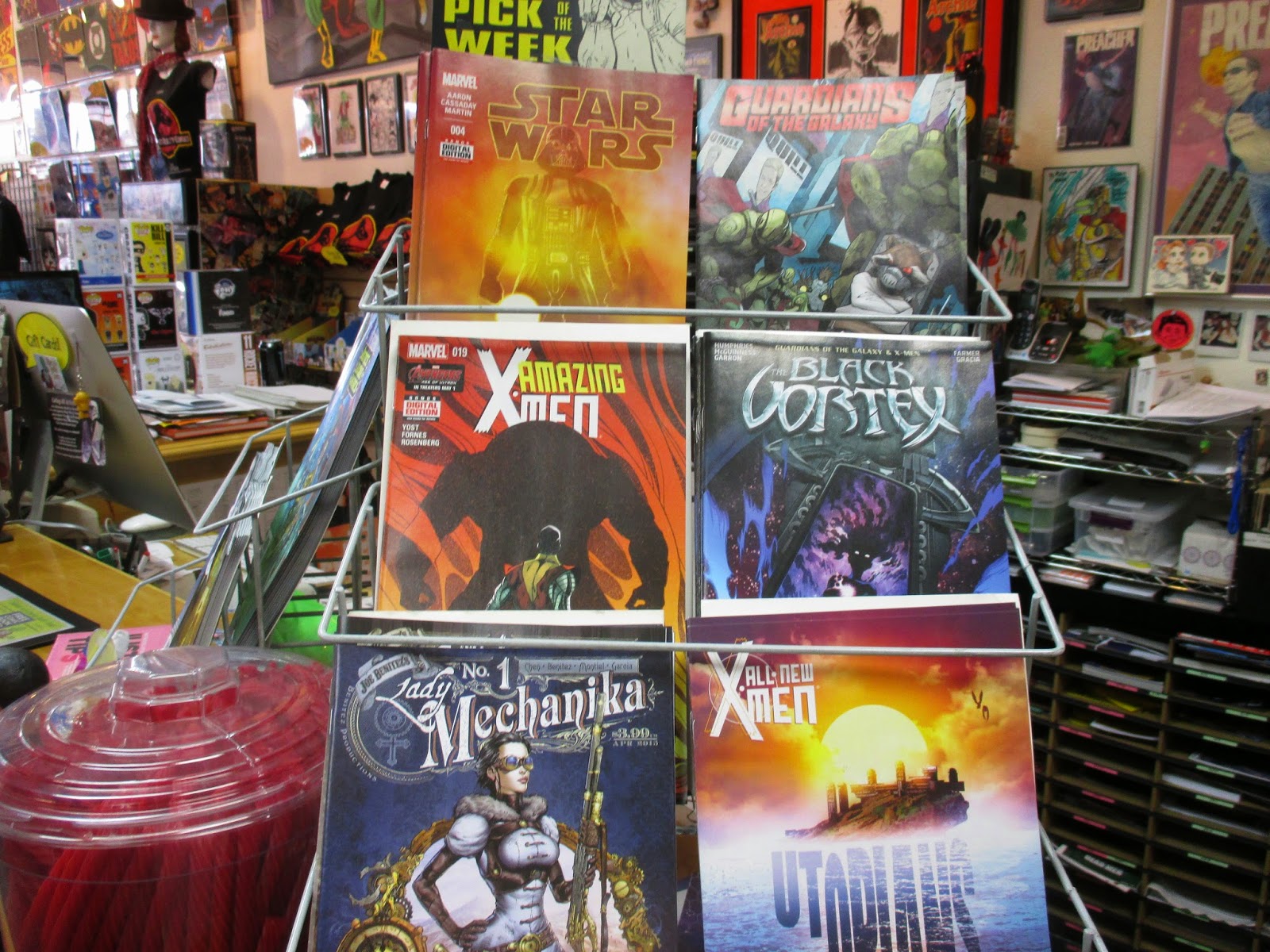 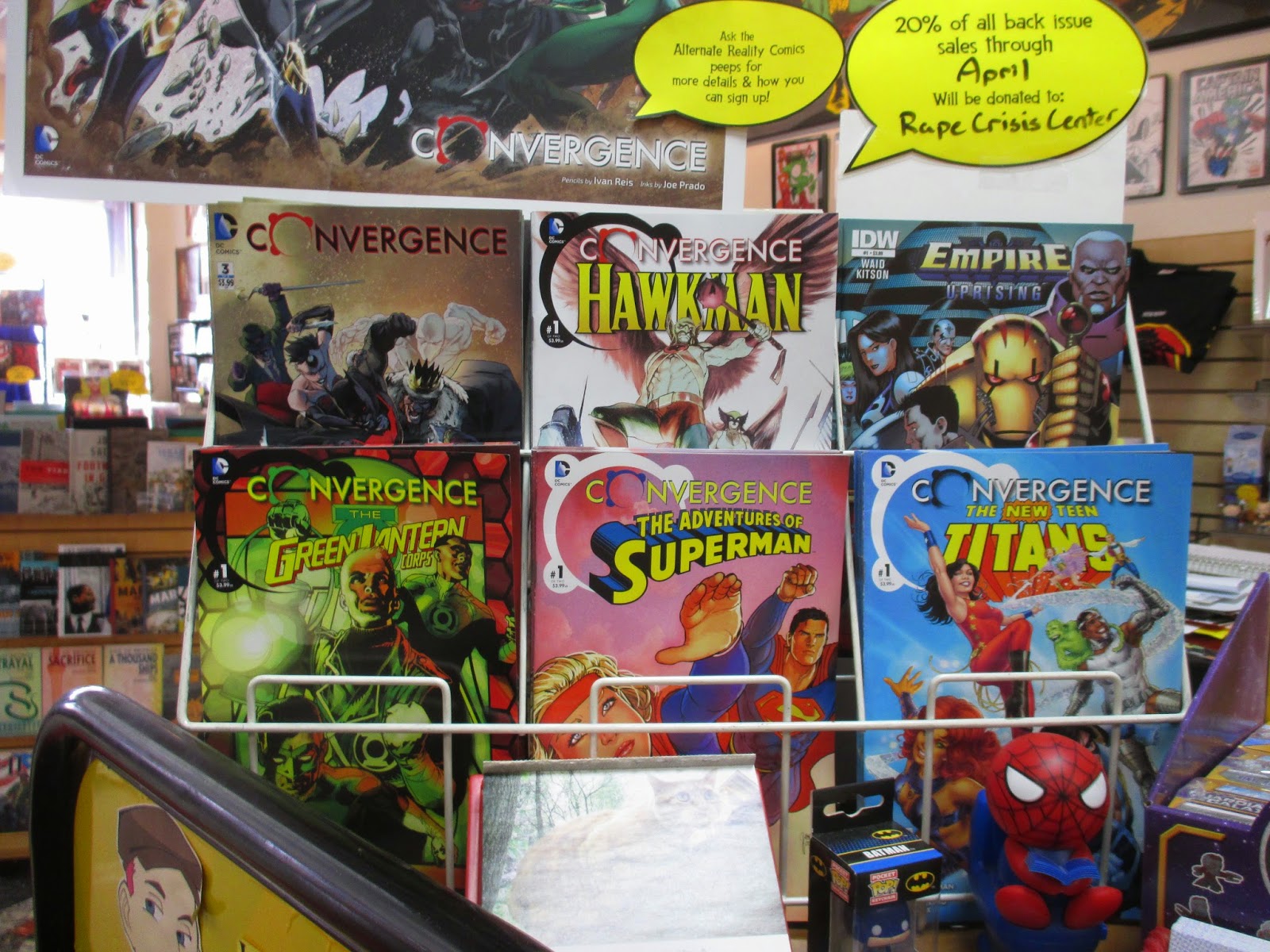 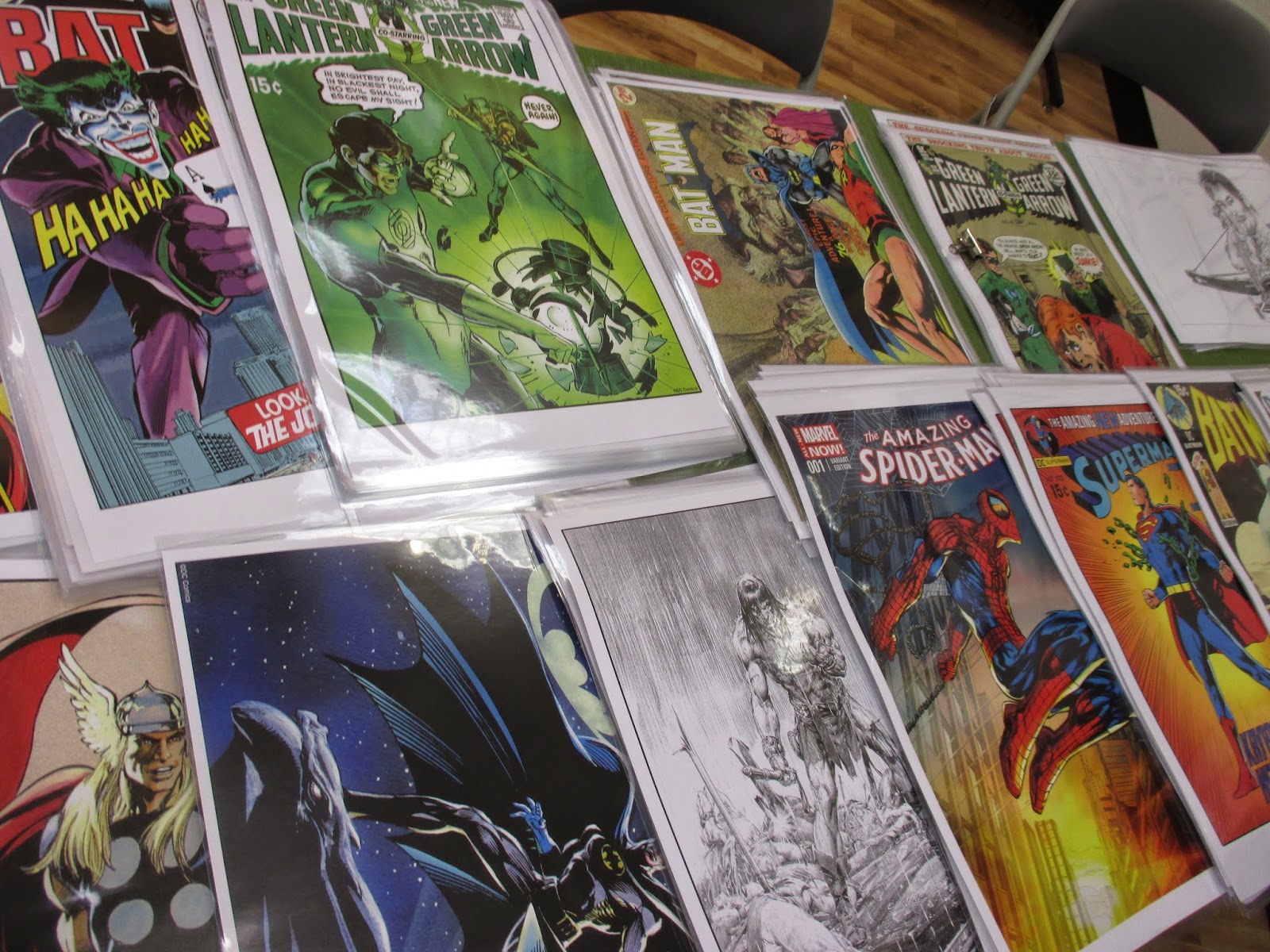 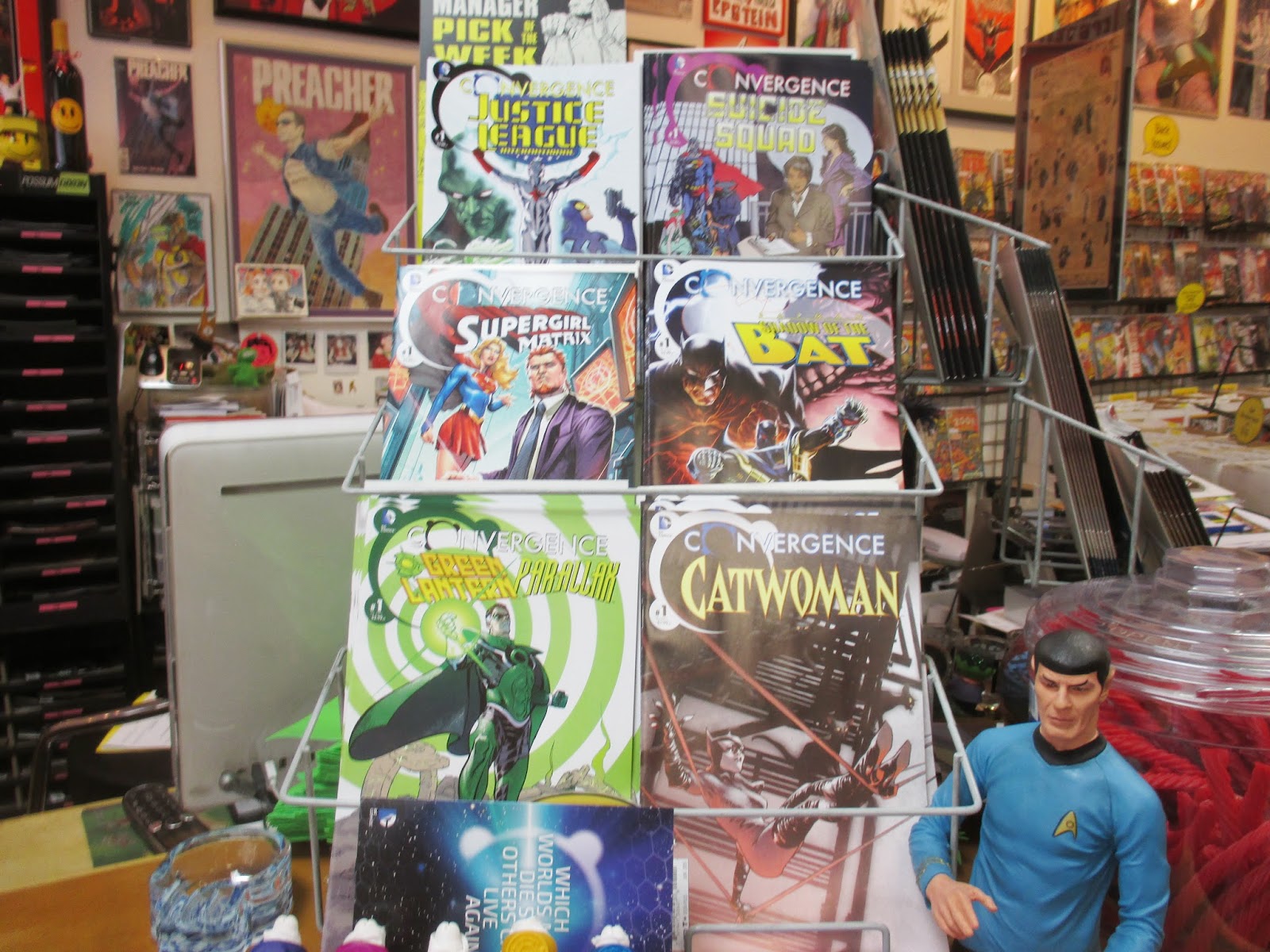 This morning, before you pick up the fab comics out today and to reward you for completing your taxes (or assist you if you're still frantically finishing them!), TIABI (To Inspire and Be Inspired) Waffle and Coffee (over by Target on Maryland & Flamingo diagonally across from Alternate Reality  Comics) and Grouchy John's Coffee (on Maryland & Wigwam) is serving FREE coffee and a pastry! Grouchy John's is also going to be at our Free Comic Book Day event on Saturday, May 2nd! 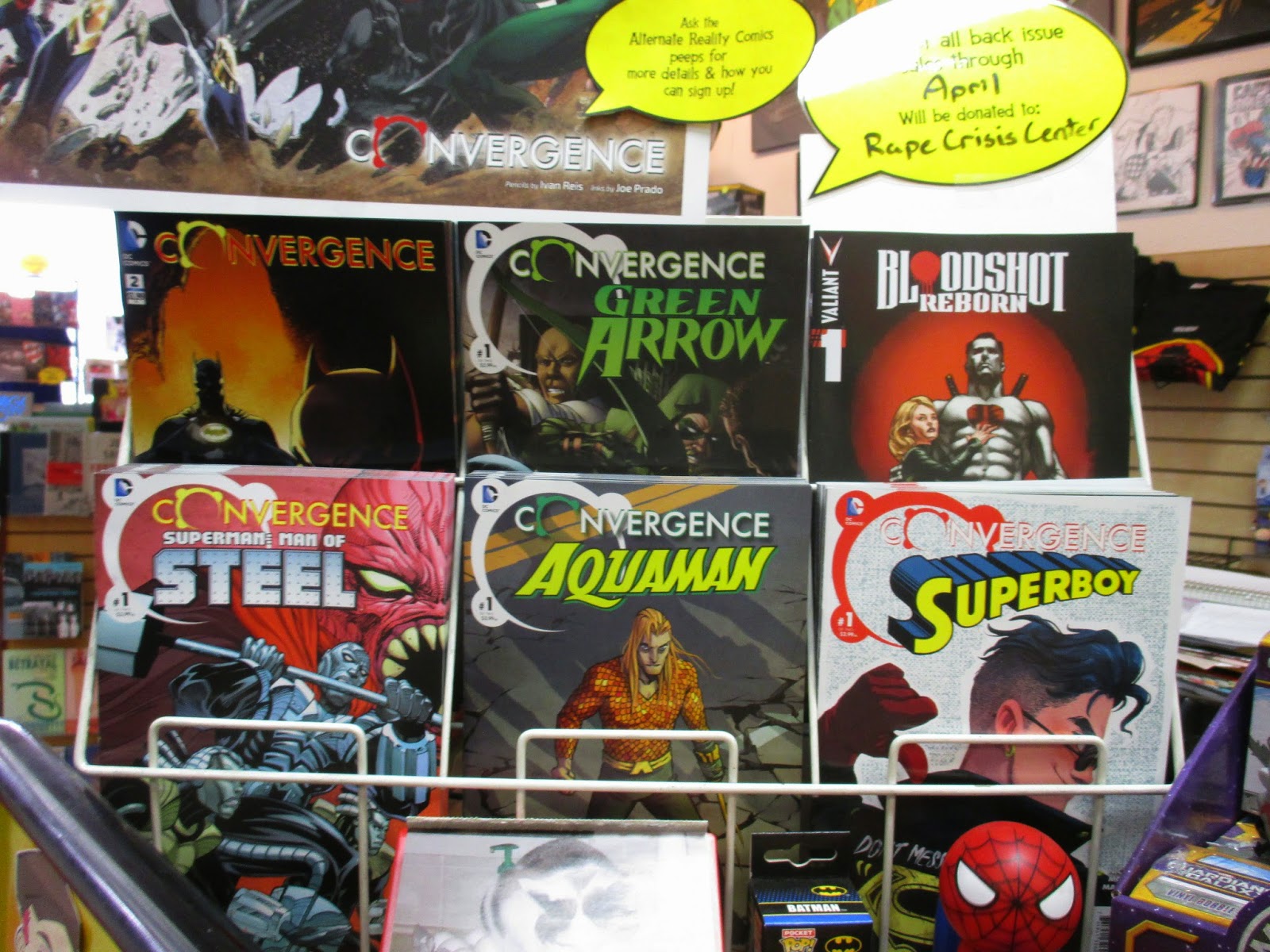 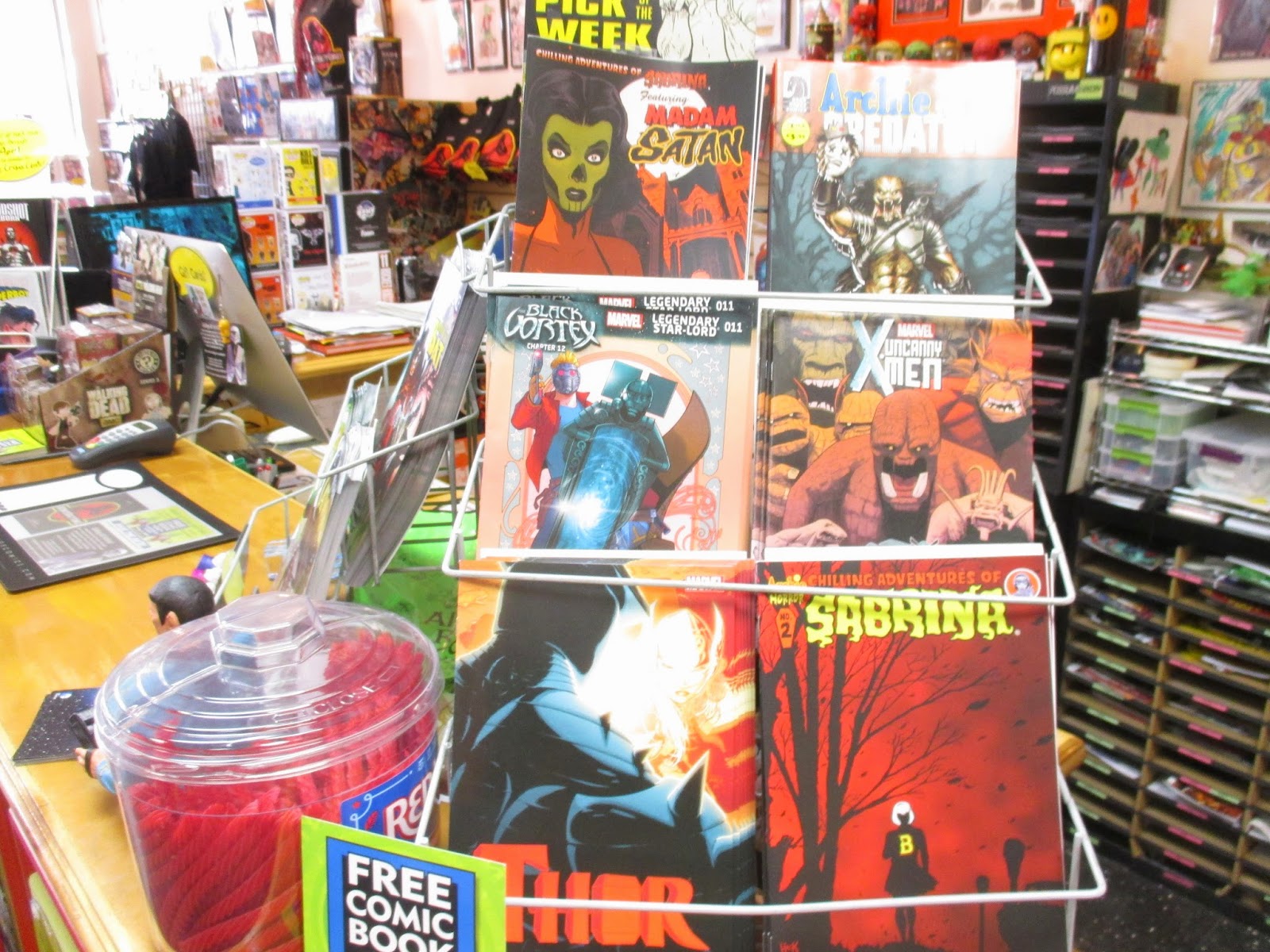 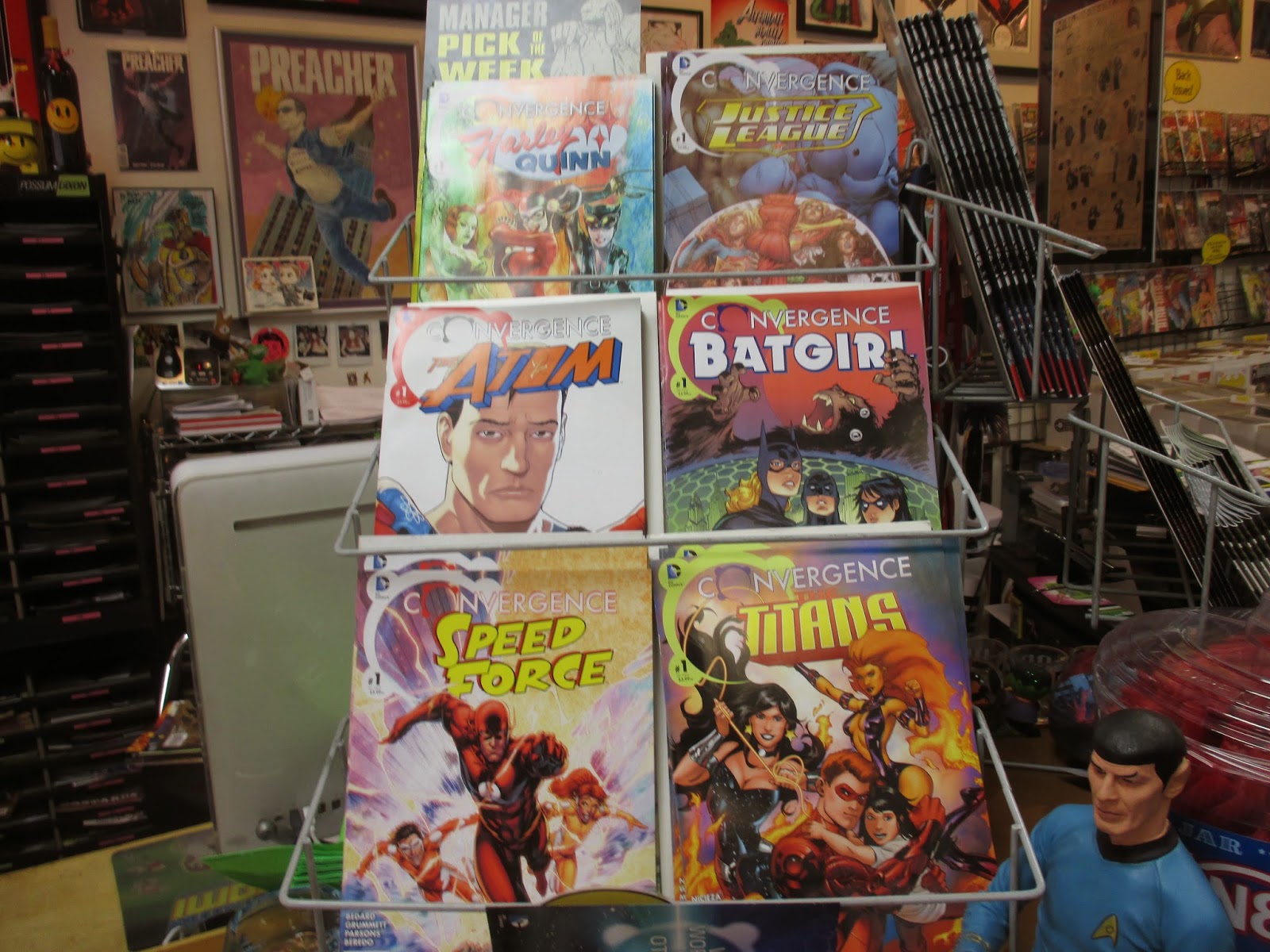 Okay, Convergence #0 didn't really start with a bang last week, I would have not have had the intro issue to this event just centering on Superman and Brainiac, but by the end of this week's Convergence #1, we see what's going on! And all of the ten first issues of the Convergence minis that came out this week have some entertainment within and all of them address what it's like to be in a domed city! My favorites were Harley Quinn,  Atom, Titans, Justice League, Speed Force, and Batgirl! After you red any of these, I'm confident that you'll be on board with what Convergence is doing! 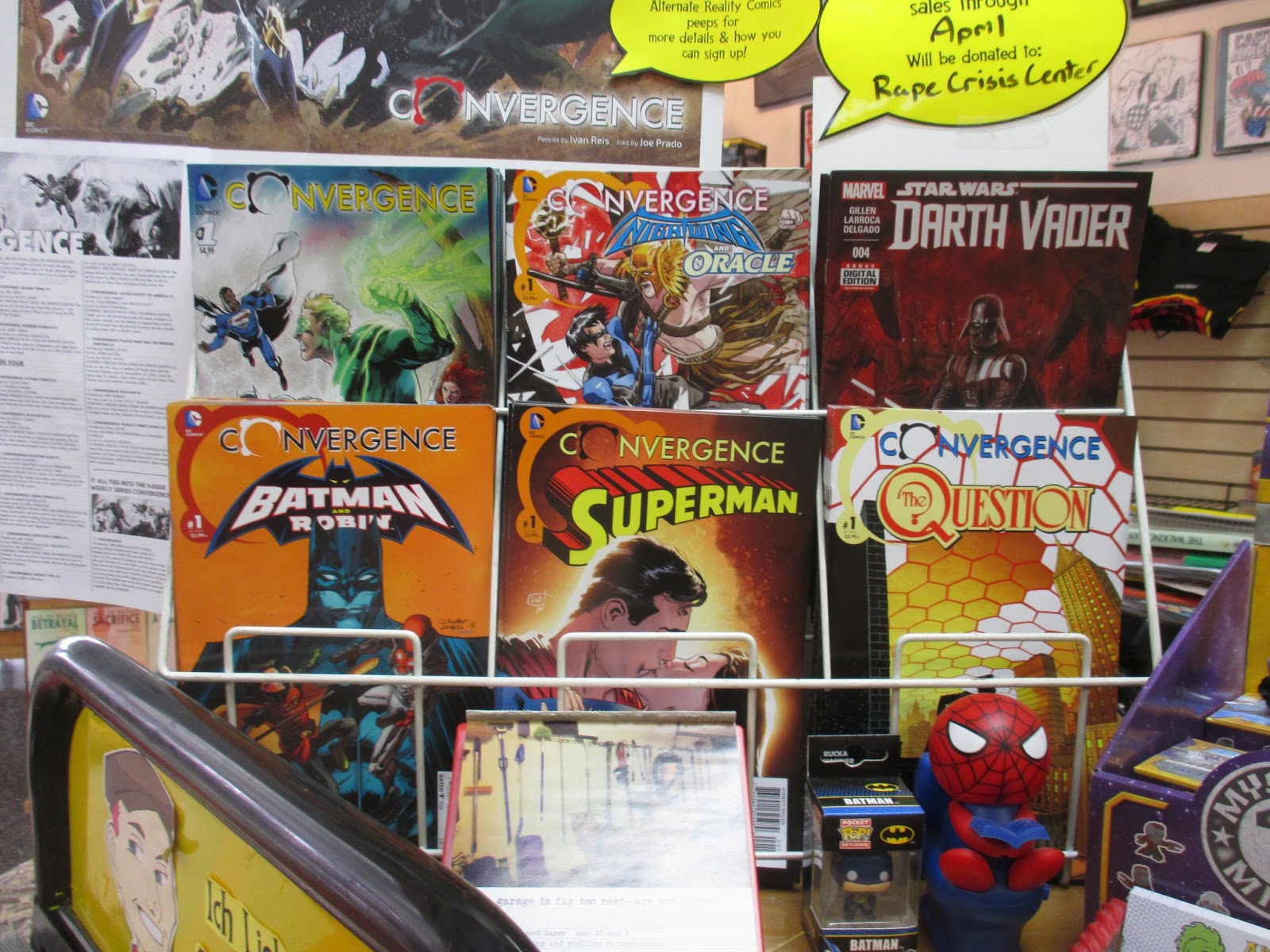 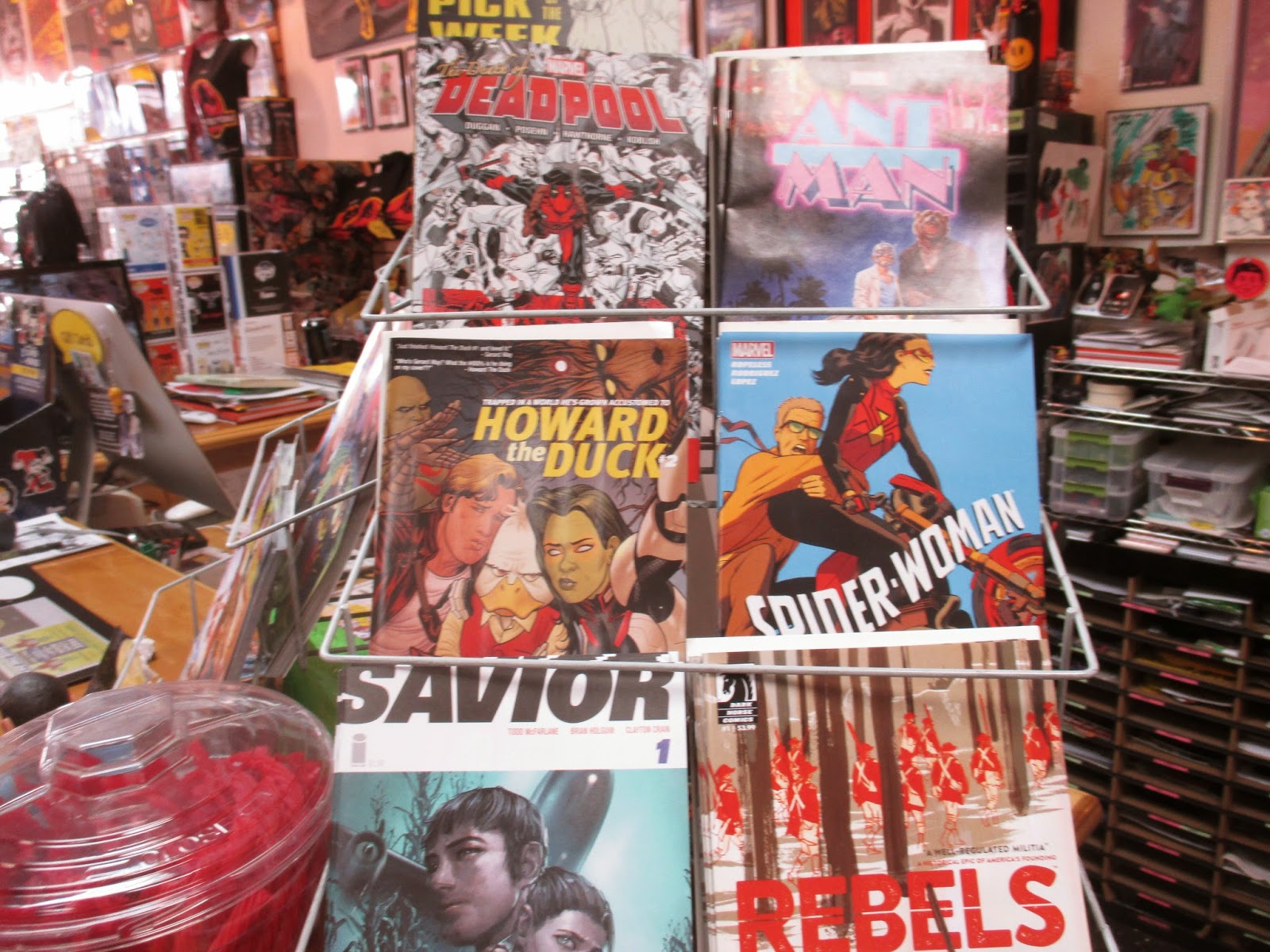