A couple of weeks ago, the first issue of the new Young Avengers was released and proceeded to quickly sell out just about everywhere (there's a second print in the pipeline), but this past Wednesday, here at Alternate Reality Comics, we got some more first prints in. The year isn't even two months old and already Young Avengers is getting some of the best reviews for any superhero comic debut since last year's also excellent Hawkeye. 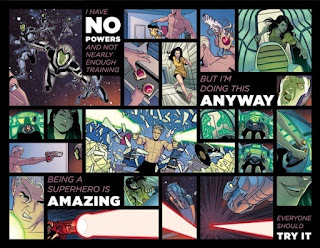 The Young Avengers was created back in 2005 by Allan Heinberg and Jim Cheung and was a comic that had many people looking forward to every issue. Unfortunately, Young Avengers as written and drawn by Heinberg and Cheung was often late, but they were worth the wait and I know I speak for many when I say that I'm glad that Marvel didn't just put other writers and artists on this title to make it come out more often. Sadly, presently, the collections of the Young Avengers are out of print because Marvel is horrible about keeping even their best titles in print, but hopefully they'll go back to press on these books (I suspect they will with the popularity of the new series).

Do you need to read the previous Young Avengers stories to enjoy this newest Young Avengers comic? No! Yes, you'd have a better understanding of the characters, but I believe that anyone who reads the first issue of Gillen & McKlevie's Young Avengers will enjoy this issue onto itself and will look forward to figuring out these characters back story as this new creative team (Gillen wrote Journey Into Mystery previously and they both worked on the alternative comic fave, Phonogram). And Young Avengers is one of the few superhero comics that doesn't rely on you reading several other series to enjoy. Need I say that Young Avengers is a huge money back guarantee title at Alternate Reality Comics! And as an extra bonus for those of you who read Ich Liebe Comics and my facebook page, I've got copies of Marvel Now! Point One 47 page one shot that launched this new era of Marvel for only $2.99 (regular price $5.99)!! This one shot has a new Young Avengers story by Gillen & McKelvie, a new Nova story (first issue of Nova come out 2/20), a new Guardians of the Galaxy story (first issue on sale 2/27), a new FF story by Fraction & Allred, and many other stories that kick started Marvel Now! 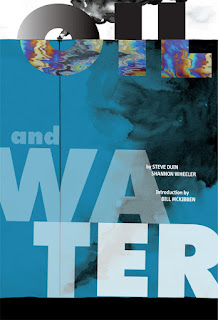 Oil and Water is a graphic novel about the Deepwater Horizon oil spill that happened in 2010 in the Gulf Coast. Written by Steve Duin and drawn by Shannon Wheeler (cartoonist most known for Too Much Coffee Man), Oil and Water chronicles the journey that twenty-four Oregonians went on to witness what had happened to the Gulf Coast in the wake of this horrendous, mammoth oil spill. 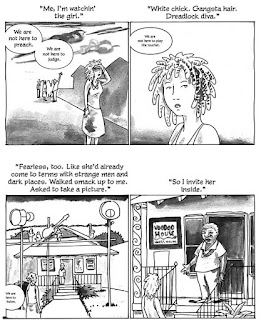 I've had Oil and Water at my store for well over a year, and had meant to read it when it originally came out in late 2011, but it wasn't until I was rearranging books on one of my displays earlier this week that I picked it up, looked through it again, was immediately drawn to Shannon Wheeler's art in this graphic novel, took it home, read it this morning and wondered why I hadn't read this sooner. I'd followed what had happened to Lousiana, Alabama, and Mississippi due to this enormous oil spill (covering thousands of miles) on CNN when it first happened, but reading the Oil and Water graphic novel really put this tragedy in a frame of context that was easier for me to grasp how horrible and long lasting this sad episode really is.

As Steve Duin and Shannon Wheeler show in Oil and Water, it's easy to point fingers at big oil corporations as the bad guys when this happens, but the entire region is dependent on everything that is the oil machine and really all of us are guilty, because oil plays such a huge part in our everyday lives. Most of us, not living in that region, could also question why people live and work in an environment that is harmful to entire ecosystems, but until we (they) have viable alternatives to making a living, this is also elitist finger-pointing. The entire world is too reliant on the oil model, but until finding an energy alternative that works on a big scale is made a top priority, sadly what happened in the Gulf Coast with this oil spill is going to happen again (further compounded by so many powerful people have a vested interest in the oil machine not changing). Although I may have sounded preachy just now, Oil and Water never is and Ich Liebe Comics and Alternate Reality Comics highly recommends this graphic novel.

Sky in the sink, I've figured out my formating problems here on blooger! 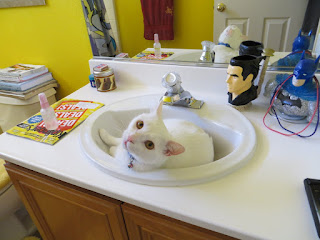 I've been having problems for some time now with my blog, in that it wasn't formatting properly, such as making paragraph breaks and such. This morning I did a test at my house on Kate's computer to see if it was a problem with my computer or the operating systems I was using. Almost right away, Kate noticed that in tools bar up to the right of where I was posting had "HTML" highlighted instead of just "Compose". I never had to mess with that before, but clicking on "Compose" reverted my making a blog entry to the way I was used to it looking.

Here's a photo of Sky (one of our three cats, he joined us last April, he came with that name from the people we got him from and we like that name, hippy as it is!), chillin' in one of our bathroom sinks. And Sky had nothing to do with me and Kate "fixing my blogger issues, I just wanted to include a photo in this test entry.

Anyway, I'm looking forward to doing more blog entries and hope that people who have been following Ich Liebe Comics! are still out there and will continue to read. Thanks for being my audience!
at February 07, 2013 3 comments: