Happy New Comics Wednesday 1/28/14 - The Dying & The Dead, They're Not Like Us, Sex Criminals, Batman edition! 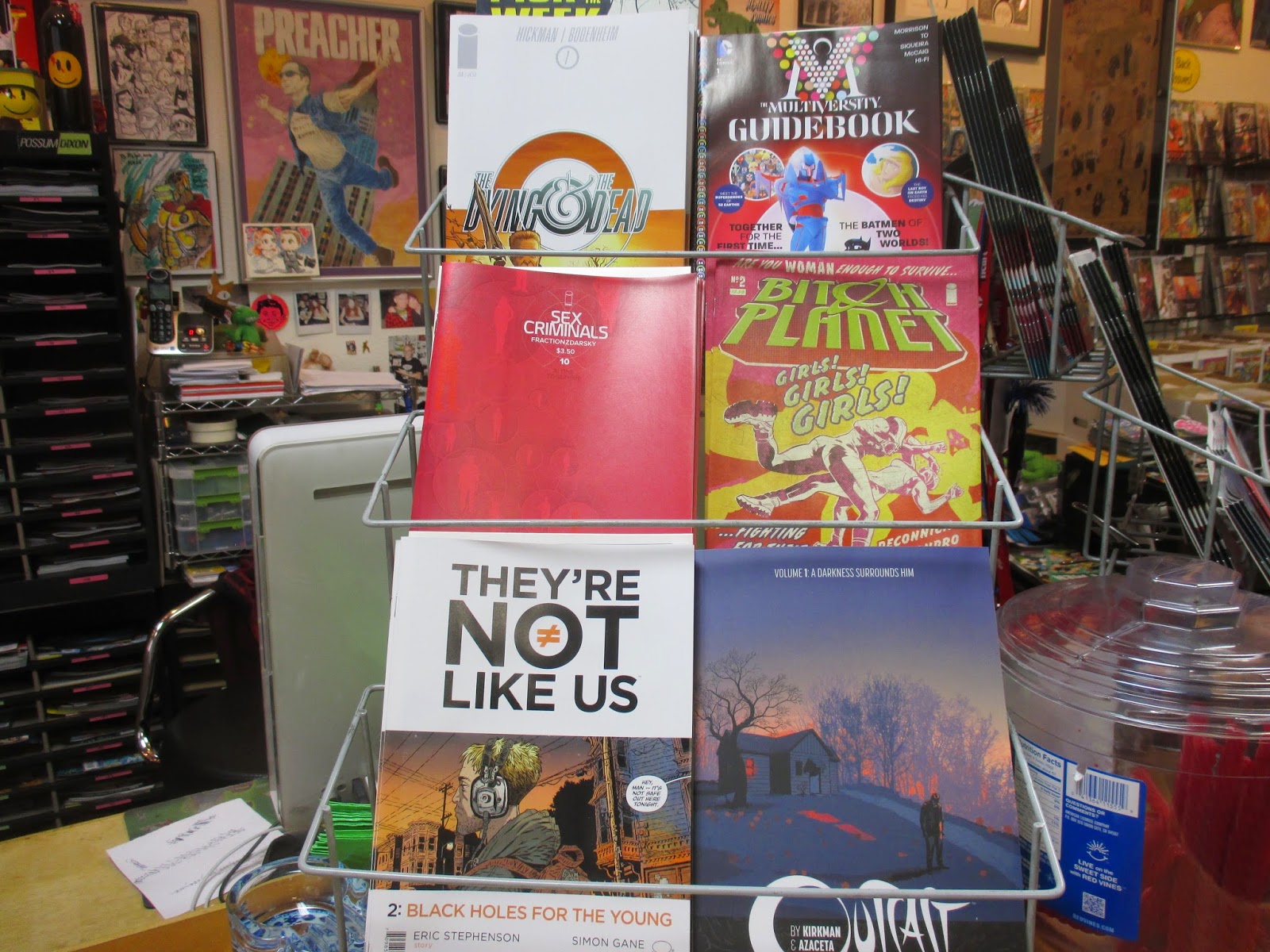 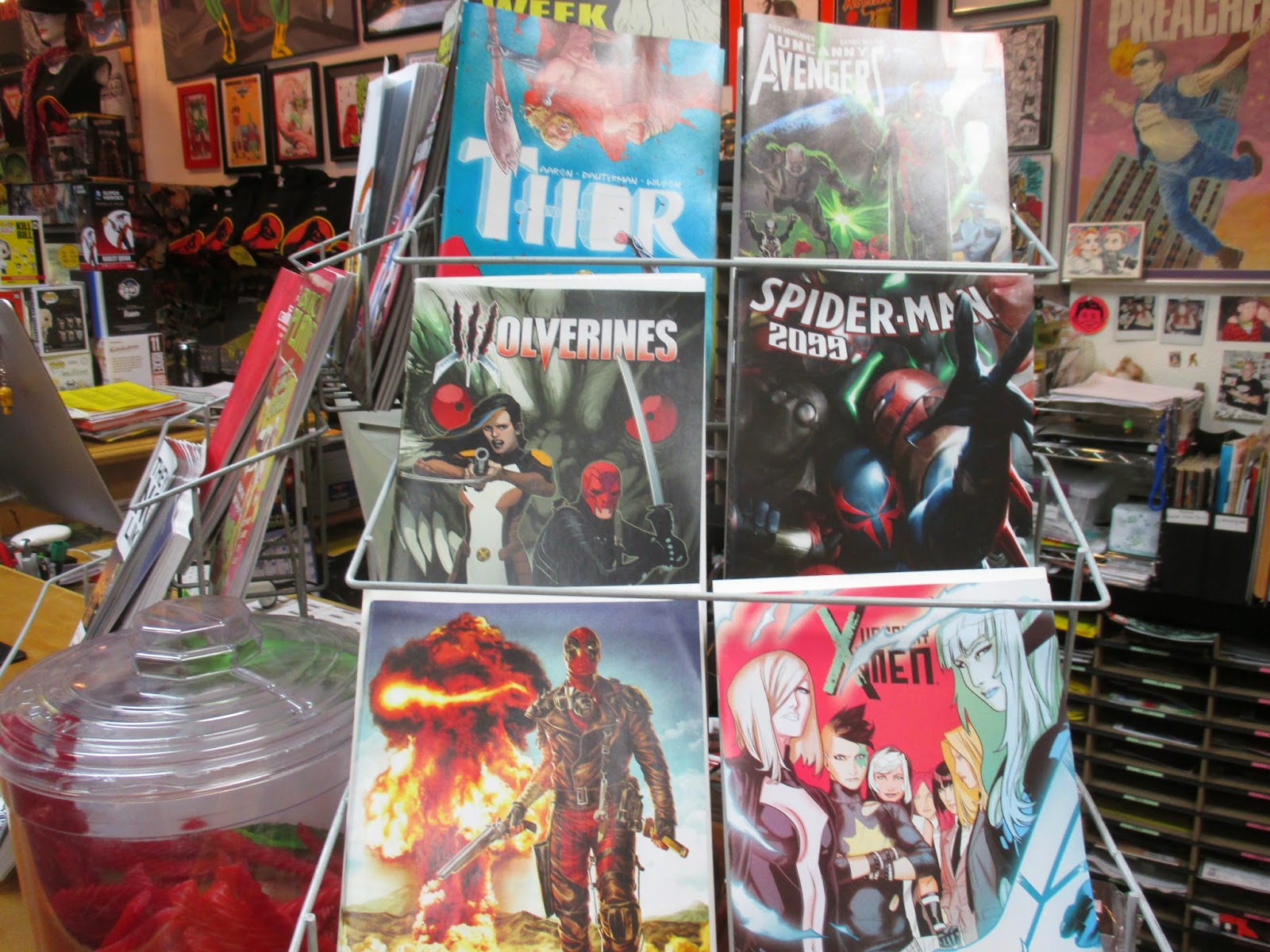 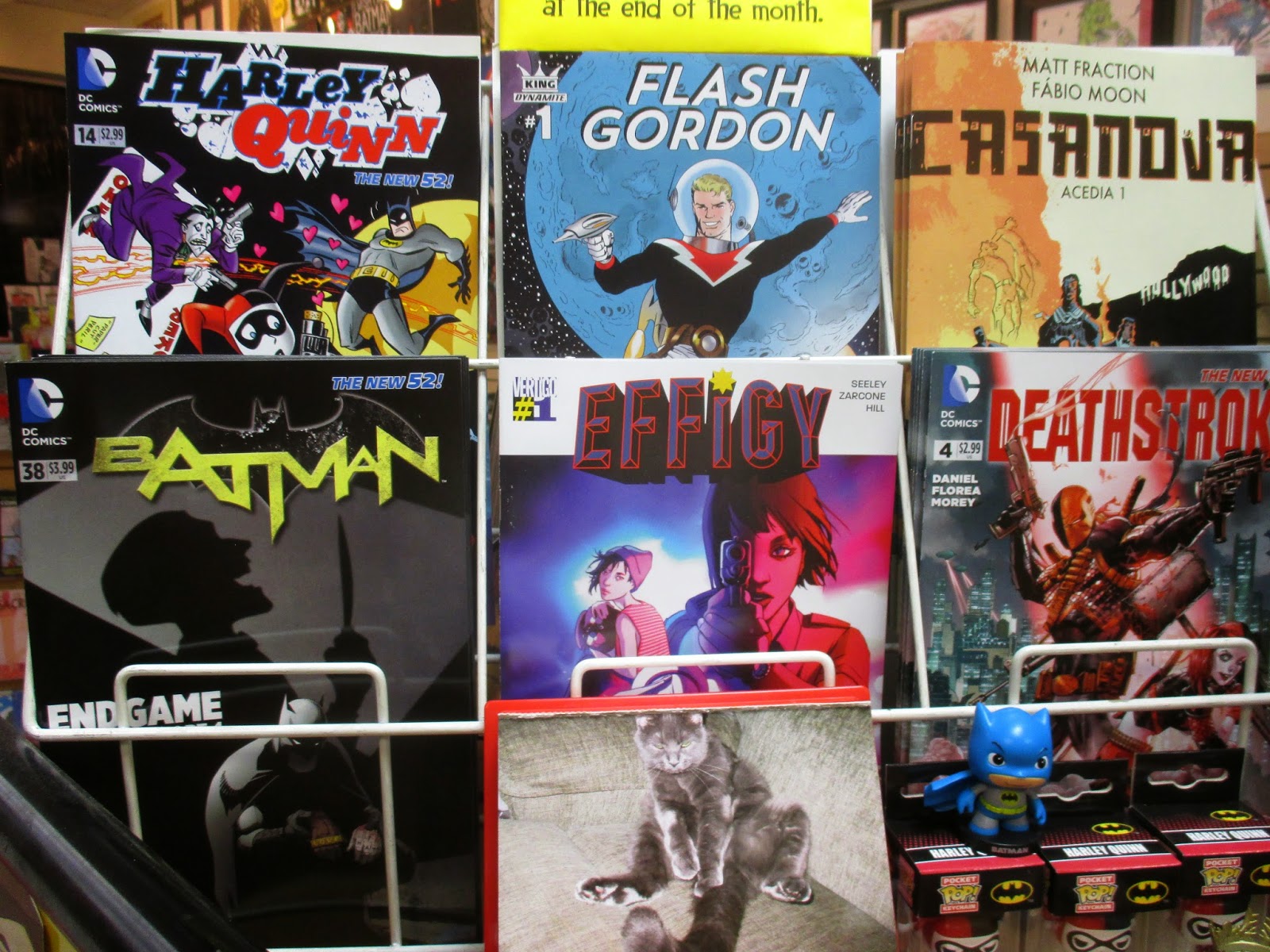 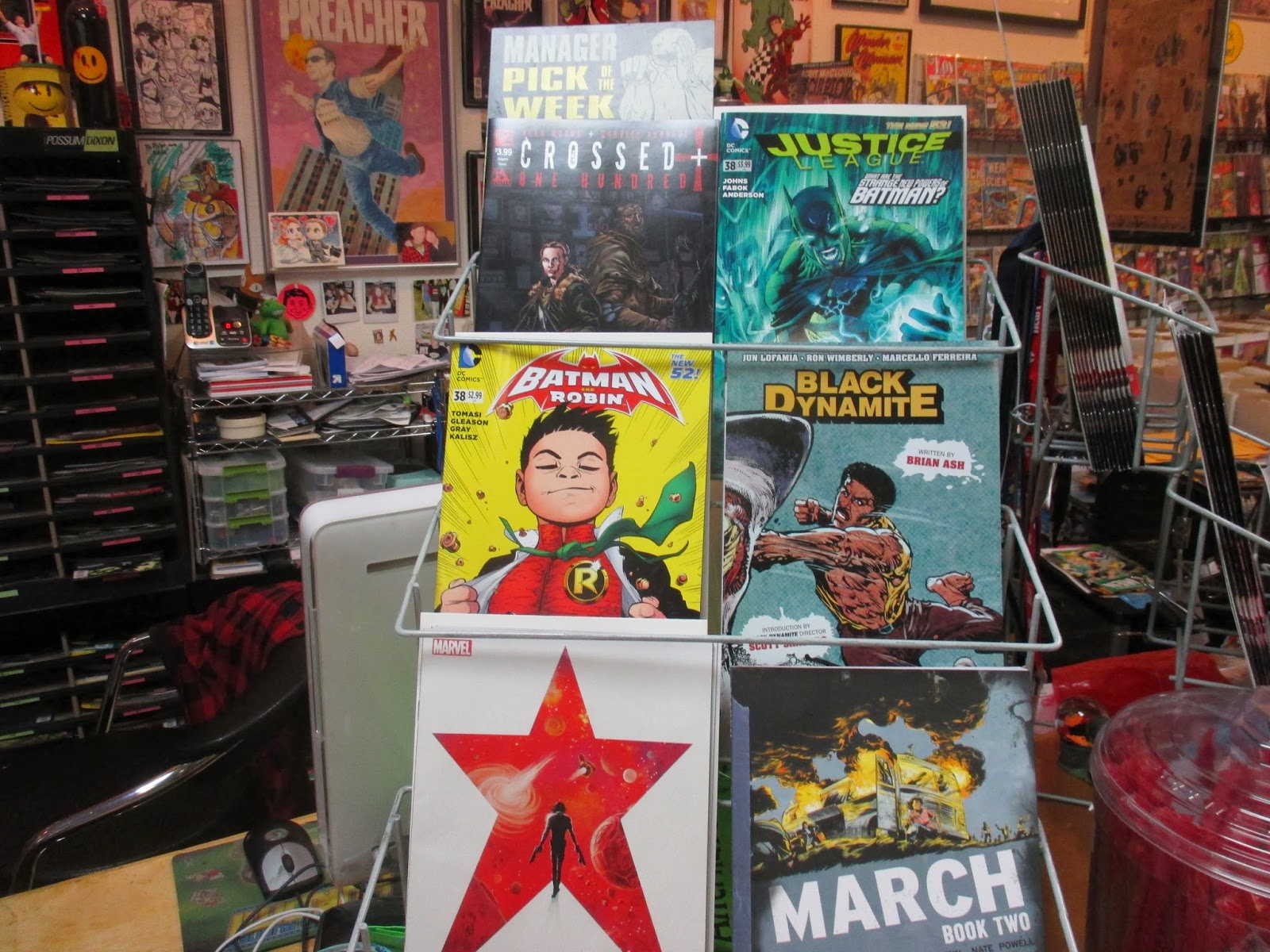 Second issue of Alan Moore's Crossed + 100! Super Robin in this week's Batman and Robin! The second March graphic novel, chronicling Congressman John Lewis' early quest for equality! The Black Dynamite trade paperback! In this week's Winter Soldier, Marco Rudy only does pages 17-20 and at first I was going to cry a river because I so enjoy his J.H Williams III art riff! But the main part of this story is by newcomer, Langoon Foss and he's definitely got a different style that I want to see more of! I can't say I understand what writer, Ales Kot is doing with this series, but it's definitely not boring! 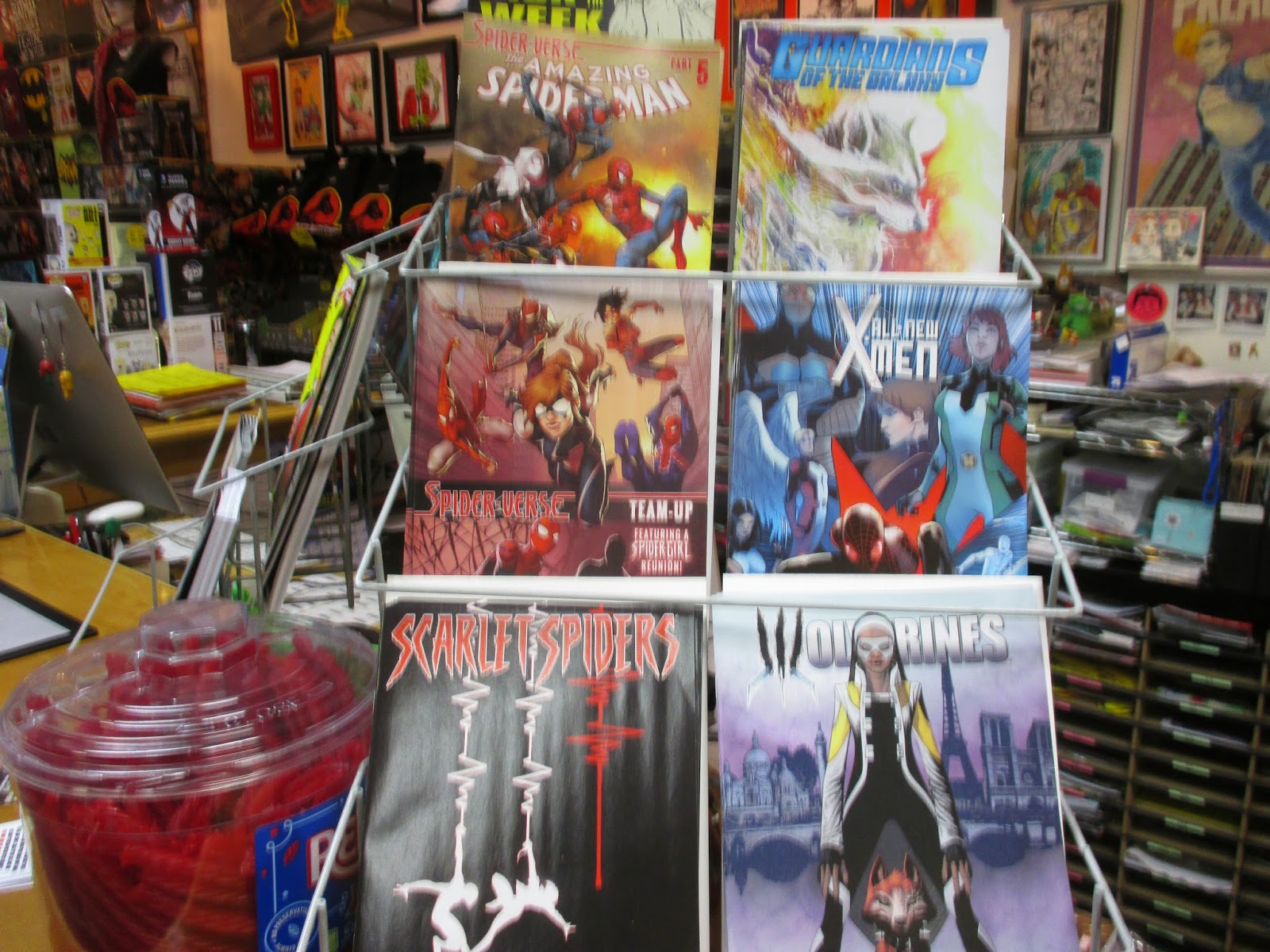 The penultimate chapter of Spider Verse in this week's Amazing Spider-Man! This has been a REALLY good, fun story! 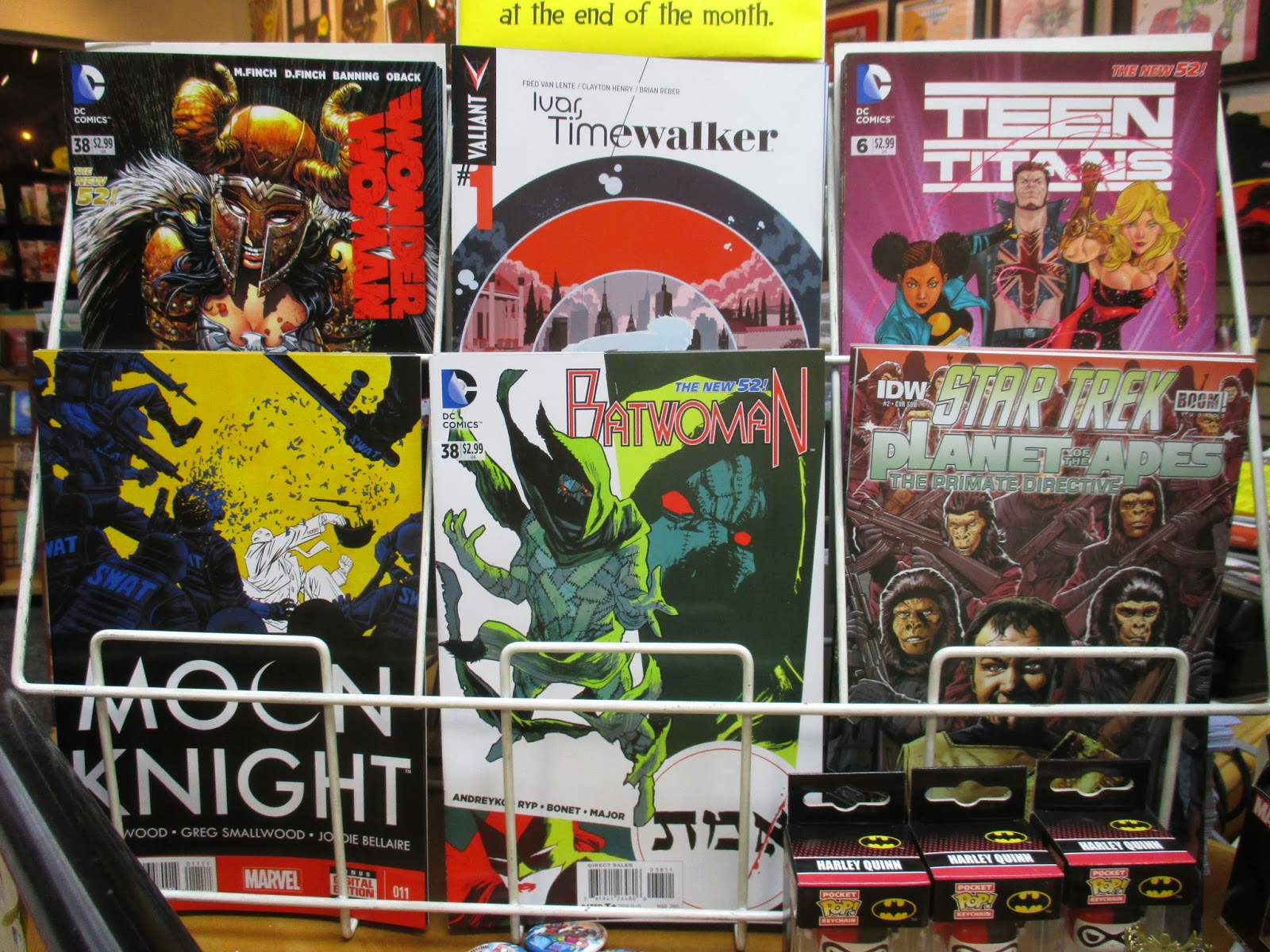 Hope to see many of you today! Thanks for shopping at Alternate Reality Comics!
at January 20, 2015 No comments: 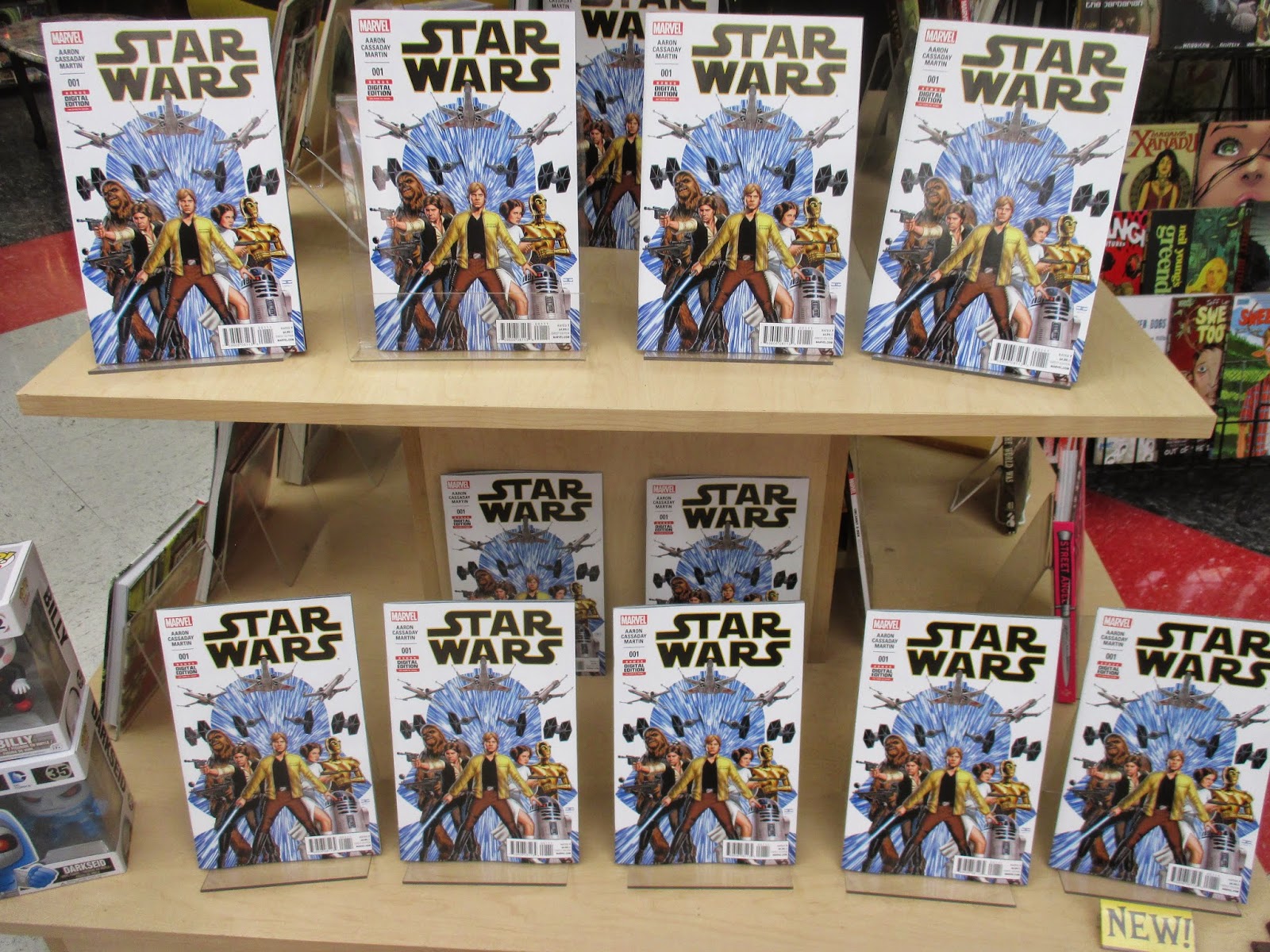 Okay, I'm putting on my BIG hype pants, but they're also my no lying pants! Star Wars #1 by Jason Aaron, John Cassady, and colorist Laura Martin, has everything I loved about Star Wars when it debuted back in 1977! Forget the nonsense of Episodes 1, 2, and 3, this Star Wars comic takes place between Star Wars A New Hope and The Empire Strikes Back and has all of the core characters written and drawn (and colored) with utter perfection, seriously, this was fun, full of action, and had great character bits! If the new Star Wars movie that comes out in December is as good as this, well then it will be a fine December indeed (I have every confidence that it will be)! 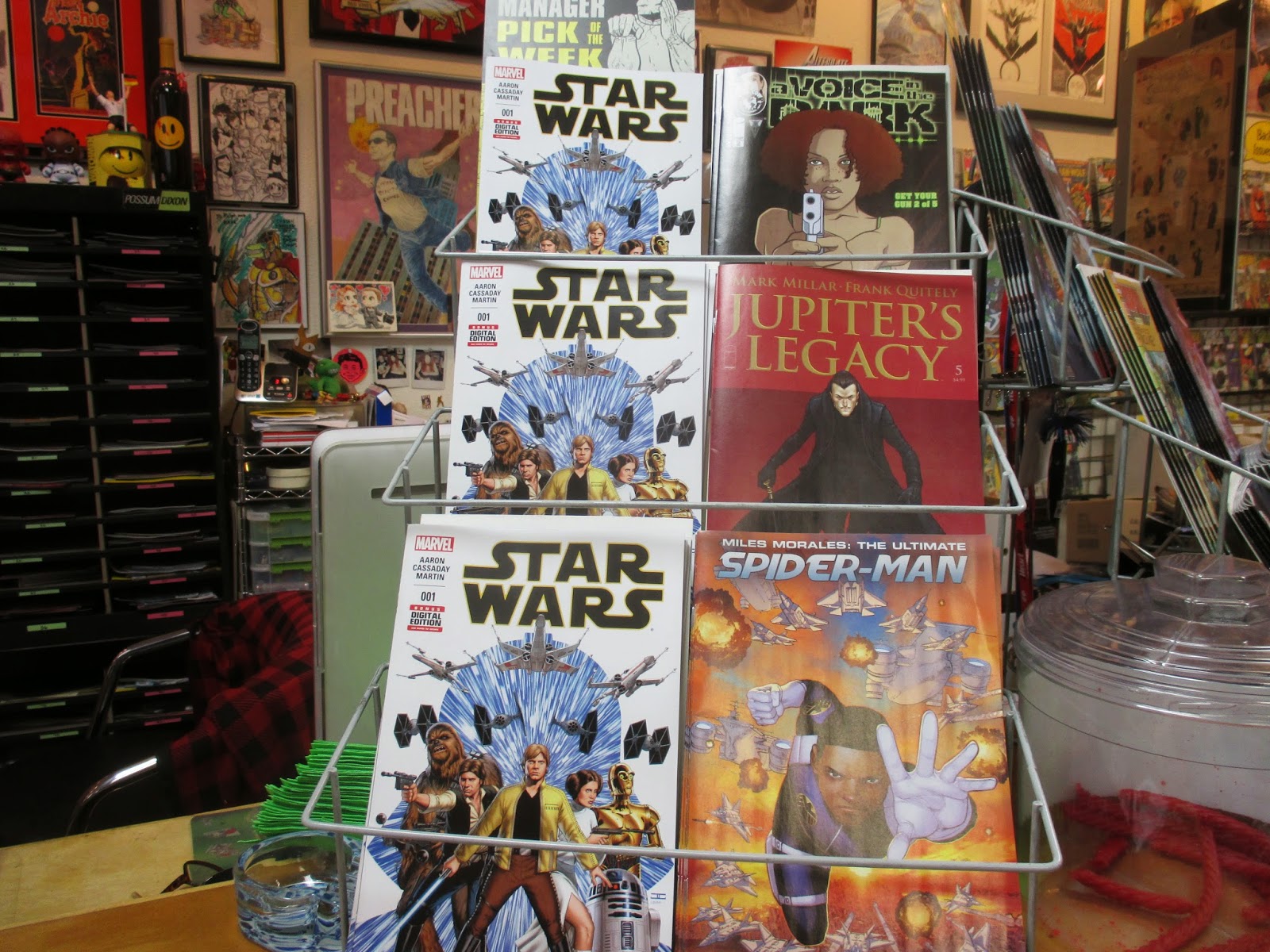 Second issue of A Voice in the Dark arc two, with a guest appearance by Beverly Boyer, a customer of Alternate Reality Comics, creator Larime Taylor continues to impress with his well defined characters and his excellent ear for dialogue, with beautiful colors by Jay Savage! The conclusion of Mark Millar & Frank Quitely's Jupiter's Legacy! Today's Miles Morales, Ultimate Spider-Man is an excellent Kingpin story (and father and son talk issue) that reads like one of Bendis' excellent issues of his long run on Daredevil! 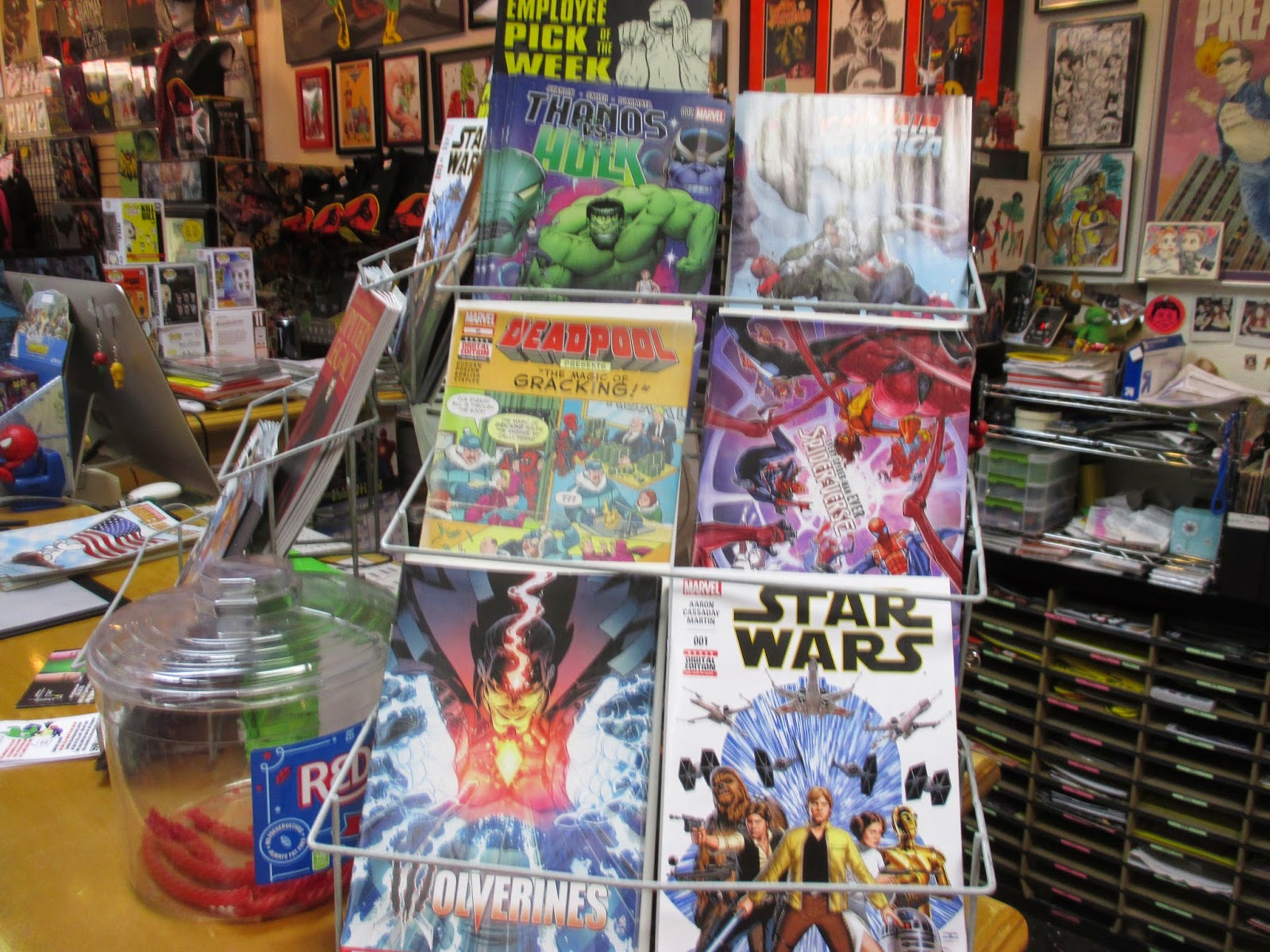 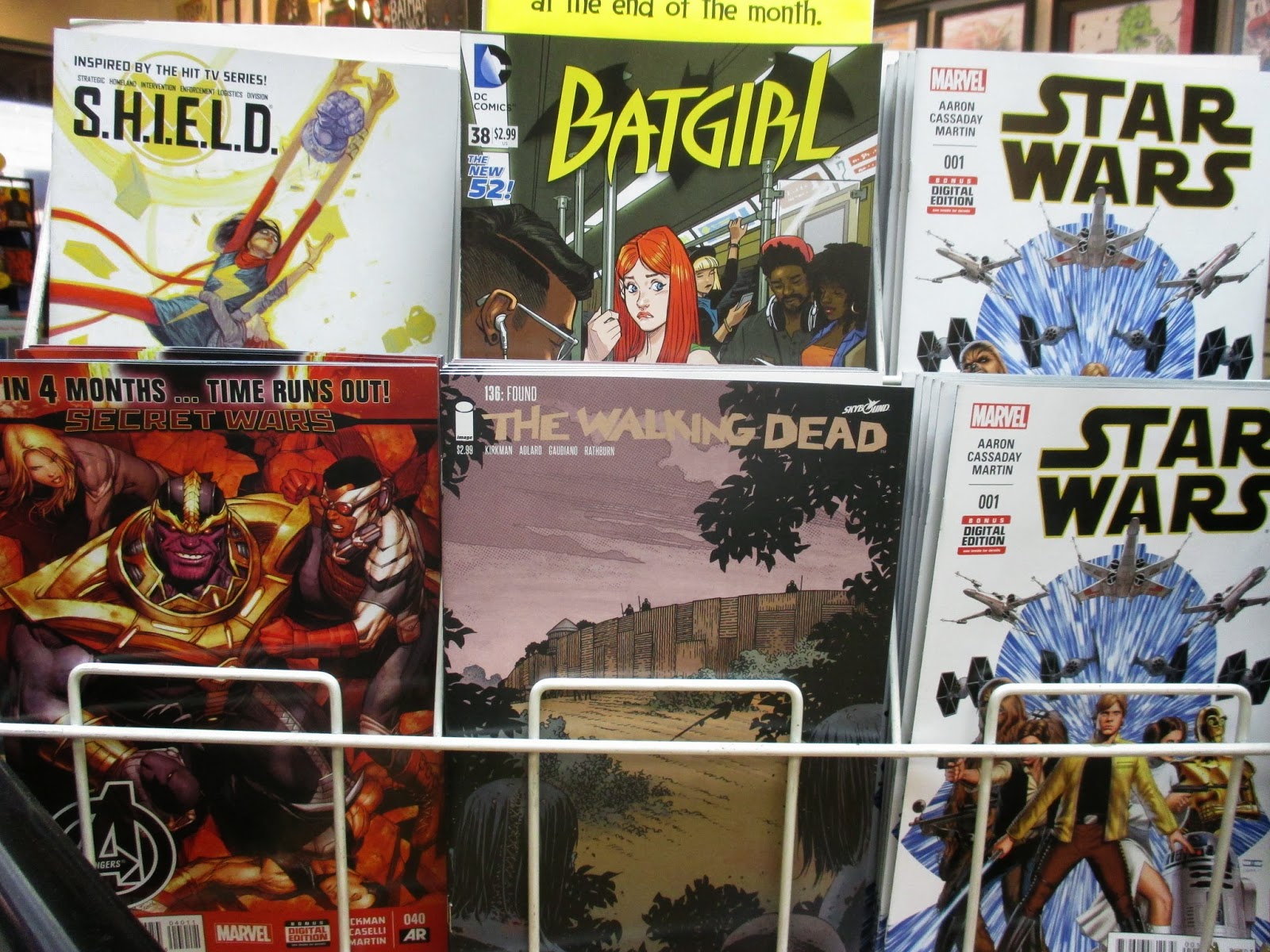 Hope to see a lot of you sequential art lovers here at Alternate Reality Comics today and this week for the debut of the return of Star Wars comics to Marvel Comics (but a big tip of my hat to Dark Horse Comics for taking care of people's Star Wars fix for 25 years!)!
at January 13, 2015 No comments: 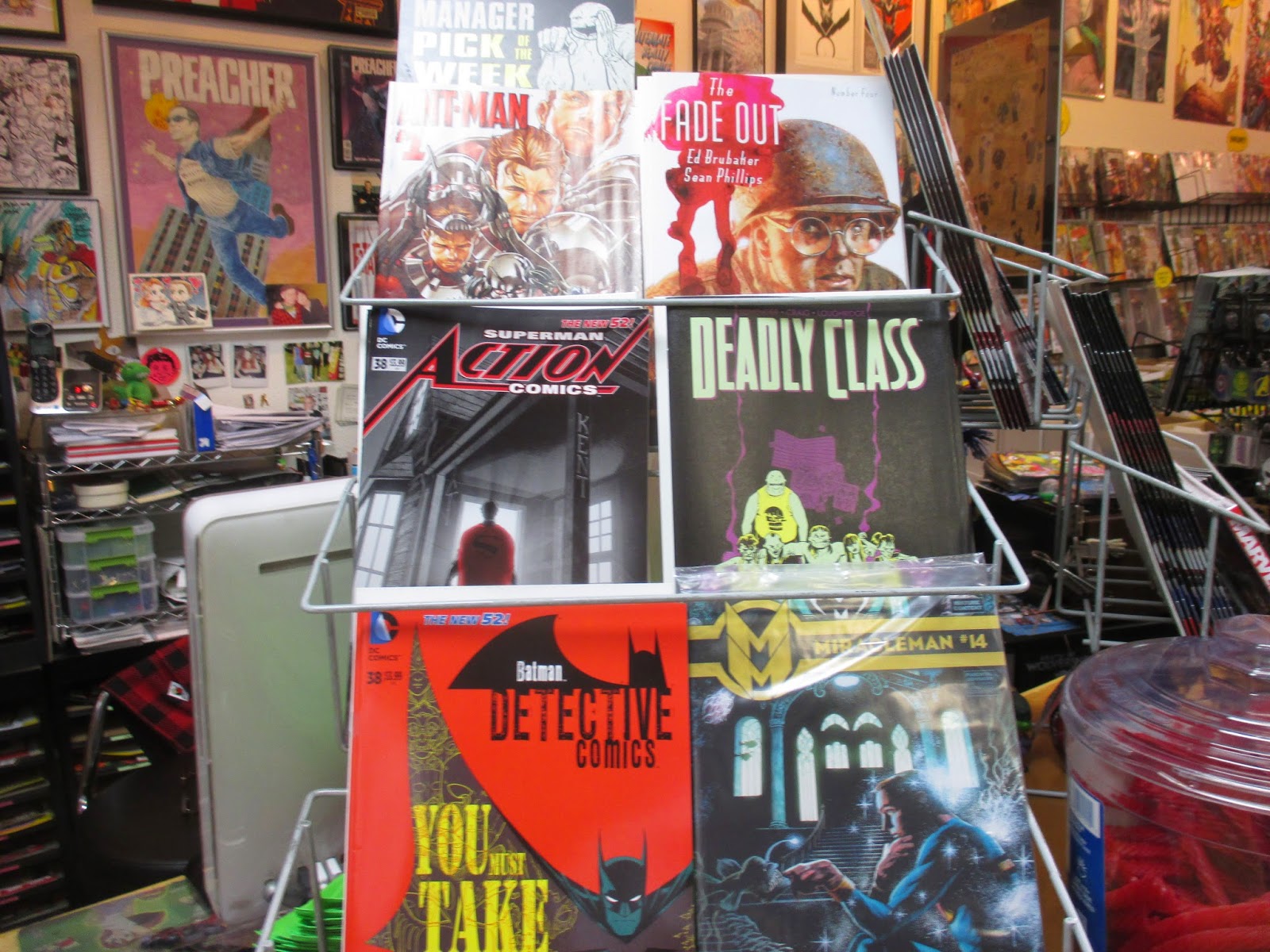 I was not prepared for how GREAT Ant-Man #1 was!! If you like the really good issues of Matt Fraction's Hawkeye, you'll LOVE Ant-Man #1!! Today's Miracleman #14 is the BIG buildup to the nastiness of Miracleman #15! Fade Out! 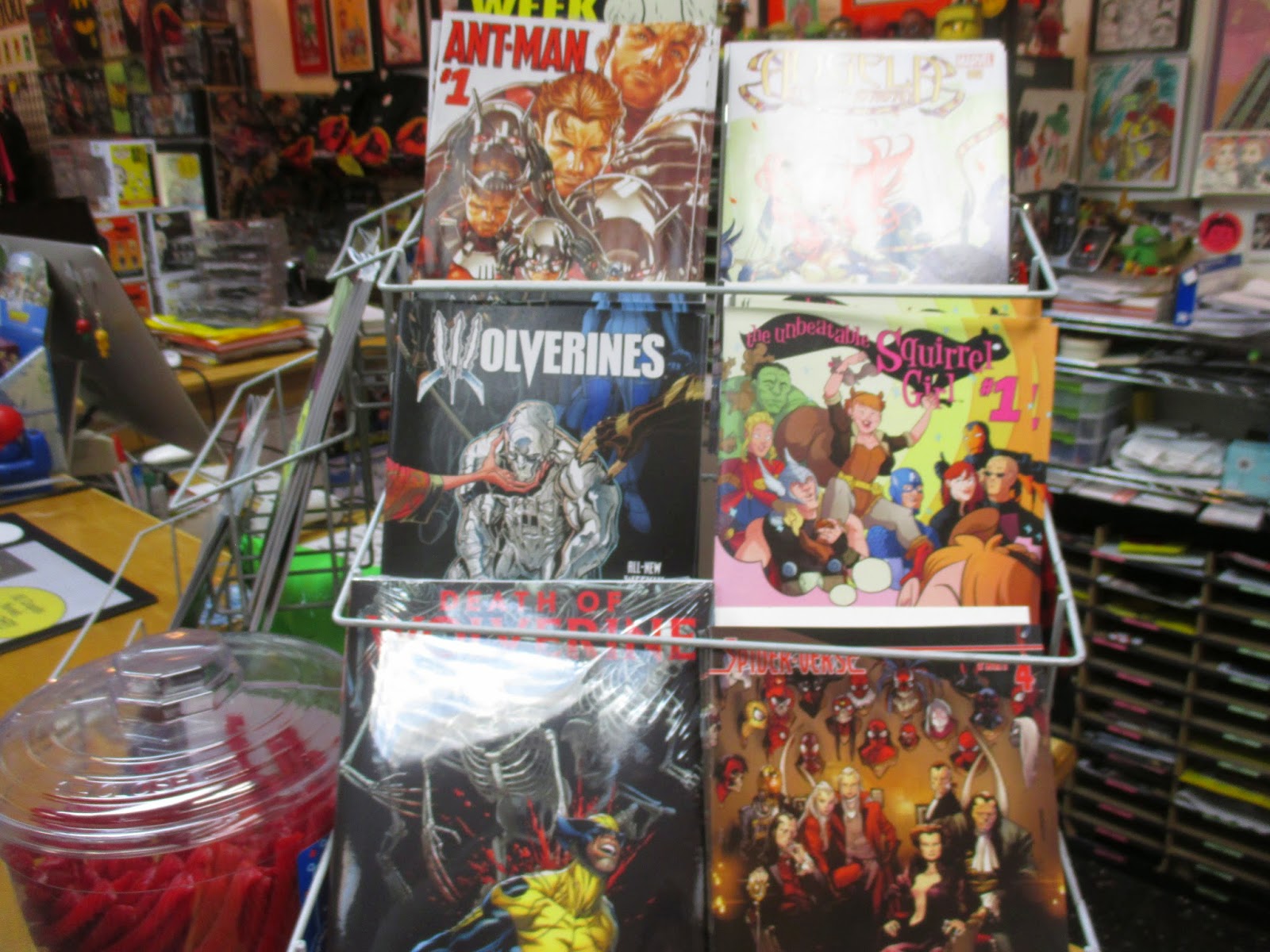 Ant-Man #1, yeah it's THAT good! Squirrel Girl was fun! The weekly Wolverines starts! Second issue of Angela Assassin of Asgard is out! 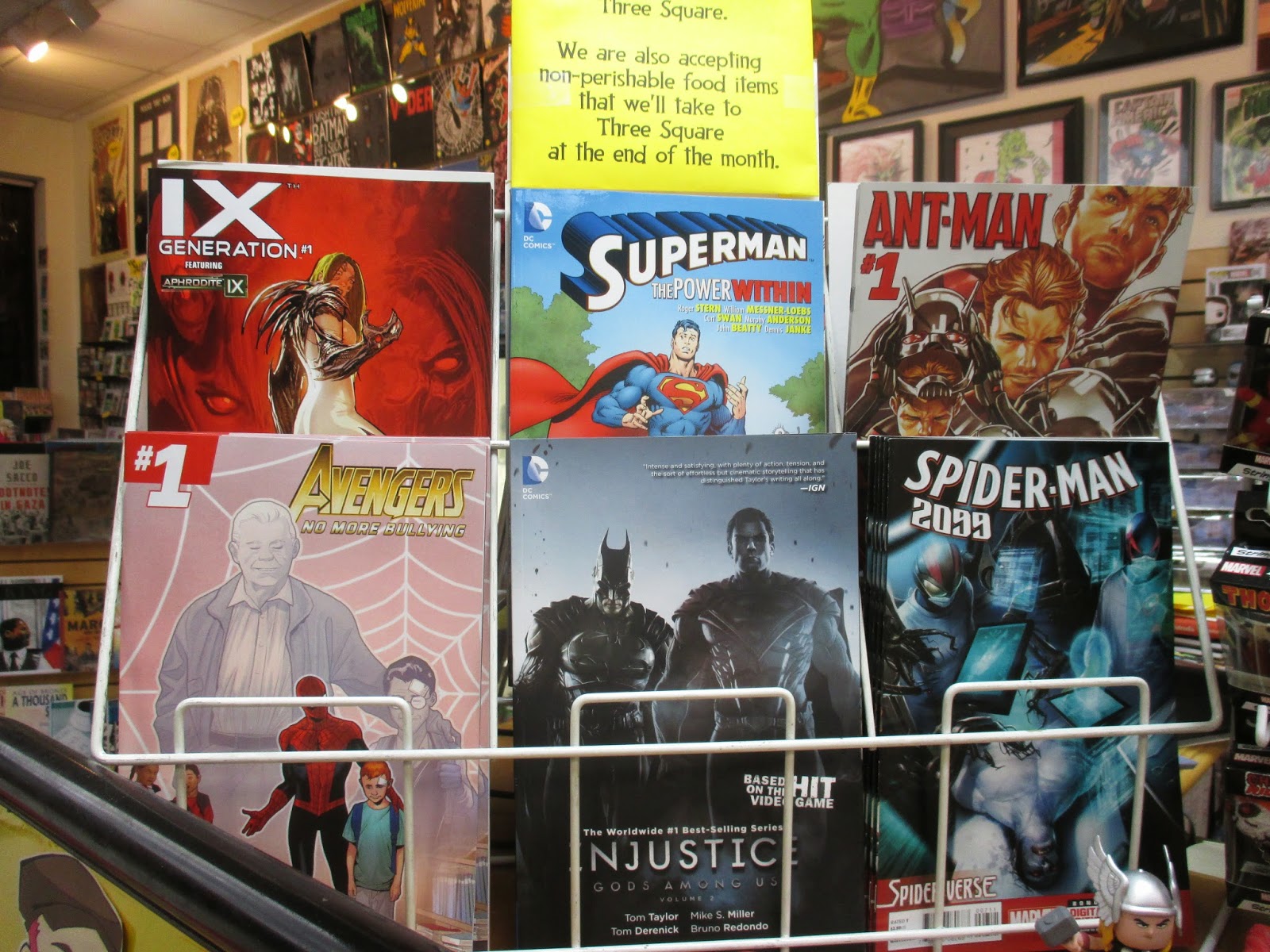