Happy New Comics Wednesday 5/16/18 - All The Answers - YES all of them (seriously, I really liked this graphic novel, I got to read a PDF of it a few weeks ago)!, No Justice #2, Batman, Dead Hand, Avengers, Wicked + Divine edition! 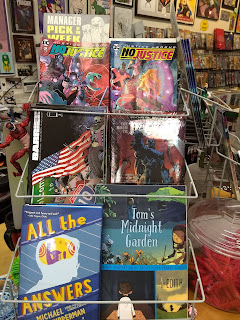 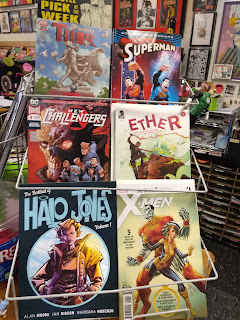 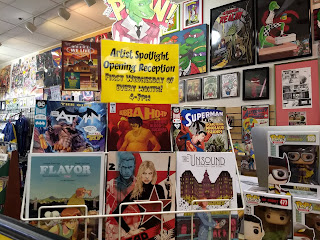 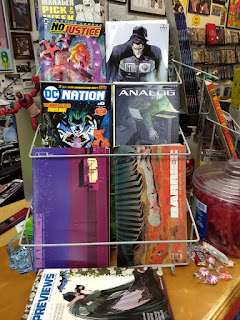 If you didn't get a DC Nation #0 last week, ask for your FREE copy (club members, this is in your file if you haven't already gotten it!) - it has three GREAT stories, one of them is the lead in to this week's first issue of Justice League No Justice, an epic Justice League story looks to be unfolding with great art by Francis Manapul (wrap around cover on this weeks' cover!)! Great conclusion to Sean Murphy's Batman White Knight - so many stories fizzle out by the end, not this one! This week's Flash is prelude to Flash War and it's also really good! 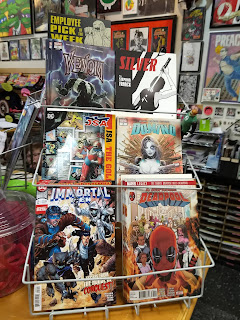 I'm really digging Immortal Men, great characters names and premise all around, I didn't even miss that Jim Lee didn't draw this issue! 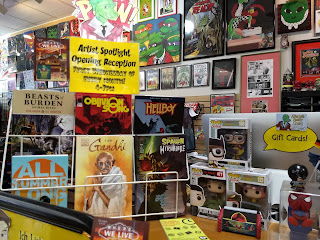 Some fab trades today too! What was your favorite Free Comic Book Day Comic from this past Saturday!?
at May 08, 2018 1 comment: 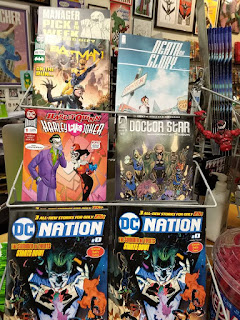 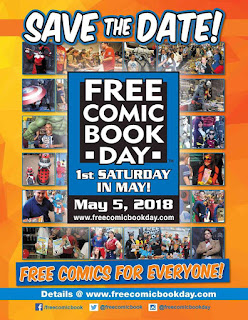 The Superman story in DC Nation #0 (FRED!!!) by Bendis & Garcia Lopez introduces a new character (not the new villain Bendis introduced in his Action #1000 story, which we just got a restock of ALL of the covers - if you haven't read Action #1000, seriously, there's SO many great stories within!) and the Justice League story kicks off the four part Justice League No Justice mini series coming up on the heals of this and is a direct follow up to the conclusion of Metal, both of those are really good stories, but the Joker story in DC Nation #0 is the one that everyone's going to be talking about! And this week's Batman #46 is great too (I was a little underwhelmed with the preceding issue)! Death or Glory is Rick Remender's new Image series, with great art by Bengal - money back guarantee first issue! 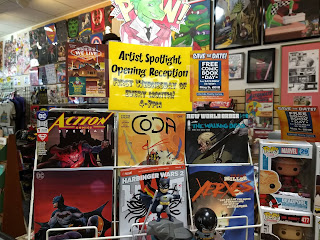 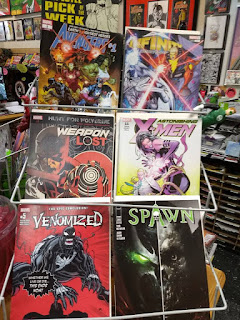 The new Avengers by Jason Aaron & Ed McGuinness looks FANTASTIC (I haven't read this yet, but I did read the Free Comic Book Avengers comic available on Saturday and that was great - different story too, but related to this new #1!)! Of the FCBD comics available on Saturday, of the ones I've read so far, I liked World's Greatest Cartoonists, Silver, Street Angel's Dog, and The Mall a lot! Here's the details for what we've got going on this Saturday!:

FREE Comic Book Day, Alternate Reality Comics style! Saturday, May 5th for pure fun & FREE COMICS! We will have local artists, Jean Marie Munson, Ed Nesmith, & Donovan Petersen doing sketches for you for FREE as well (they do appreciate donations!) This year has some of the BEST FREE comics selections in recent memory, especially DC Nation #0 which has three brand new stories within (one of them being a Tom King Joker story in which he finds out that Catwoman & Batman are getting married!)! ADDED:! Cara Nicole, a fantastic coplay artist from Arizona, is joining us at Alternate Reality Comics for our FCBD this Saturday! She will have photos and her cosplay books with her and you can get a photo with her!
at May 01, 2018 No comments: