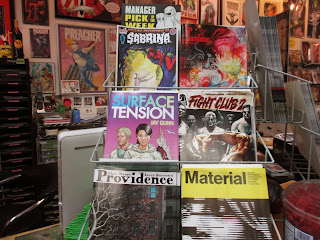 Wow, Sabrina, Sandman Overture, and a new Alan Moore title, Providence all in one week! And Fight Club!! And a new Ales Kot title, Material! 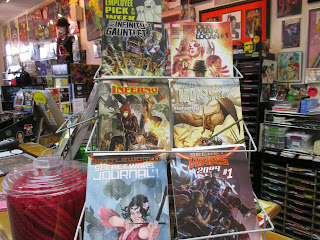 Infinity Gauntlet and Old Man Logan look really good, haven't even got a chance to peek at these other debut Secret wars titles! 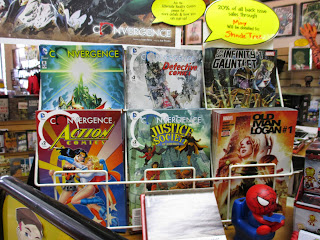 The concluding week of Convergence!
at May 26, 2015 No comments: 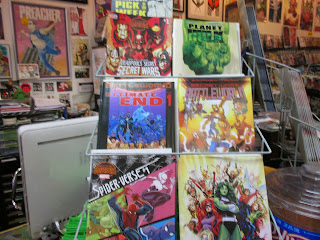 Details about a signing we're having today below after the new comics Wednesday teases!

Six new Secret Wars related titles start today! Not to be talking in the hype mode, but these look like a lot of fun and look to be making an already big story even bigger! 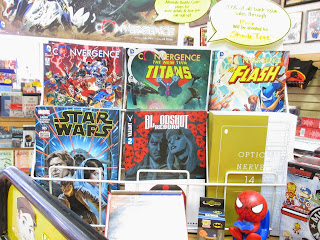 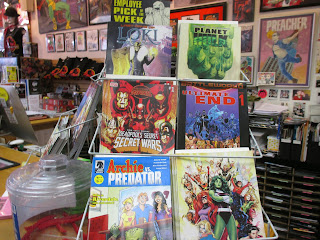 Second issue of Archie Vs. Predator! This week's Loki is a big tie in issue to what's going on in Secret Wars!

Here's details on our signing we're having with Debbie Daughetee, writer / creator of Gates of Midnight today, May 20th, from 3-6pm!:

We have a new local treasure in Vegas, Debbie Smith Daughetee, the writer / creator of Gates of Midnight, a supernatural thriller featuring Raven Alice Moon, the central character, a former combat medic in Afghanistan, who now finds herself combating creatures from another world! Gates of Midnight has four issues out to date, is entirely created by women, is self published, & Debbie would love to introduce her comic to people who love strong female characters and stories where fantasy & the "real" world intersect! She'll have specially priced introductory copies of Gates of Midnight for sale so we at Alternate Reality Comics, Las Vegas! hope a lot of you will stop by for Debbie Daughetee's first comic store signing (she has done this year's Wondercon & C2E2 in Chicago)!
at May 19, 2015 No comments: 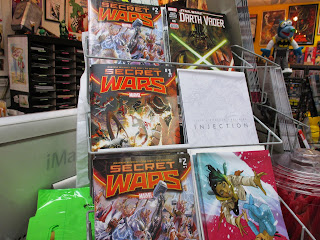 Yes it's just been a week since Secret Wars #1 and ten days since #0, but Marvel is releasing Secret Wars #2 to get the momentum going - this issue really outlines how BIG this story is and gives you more clues on where it's going! You're gonna hate the wait for issue #3, which doesn't come out for three more weeks (so read this issue slowly - grin!)! Saga, Darth Vadar, new Ellis title; Injection! 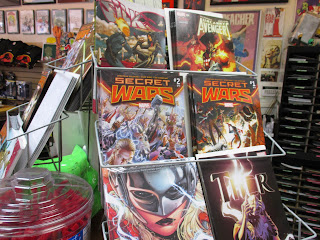 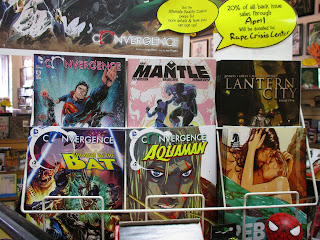 With issue #6 of Convergence, the DC characters from the new 52 start reacting to what is going on with Tellos and Brainiac! Lantern City looks like a really good steampunk story - wait until you see the interior art! Rebels #2, continuing the story of the American Revolution - great comic!
at May 12, 2015 No comments: 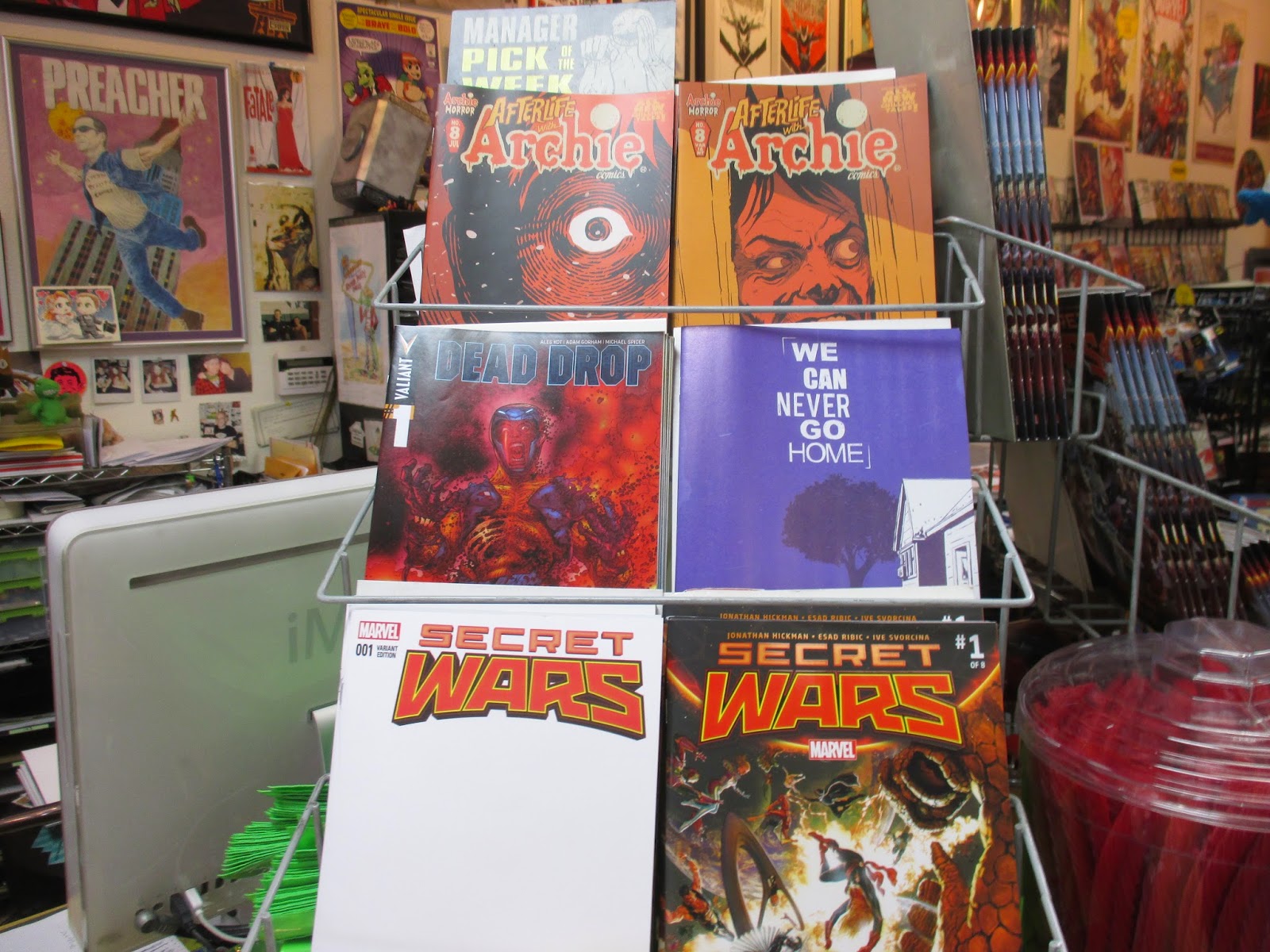 So Marvel is saying that Secret Wars (of which #1 is out today!) is going to forever change the landscape of the Marvel universe - well having read this first issue, I think they REALLY mean it this time! Seriously, if you read any Marvel Comics, you should check out Secret wars to see how your favorite characters will be affected.

Afterlife With Archie #8, yes it's been a LONG time since #7 came out, but when you read Afterlife #8, you will be a happy camper! I haven't been this excited about a comic series since Alan Moore's Swamp Thing (and I have enjoyed other comics since then, it's just that Afterlife is going to be one of the new barometers of a great comic series!)! 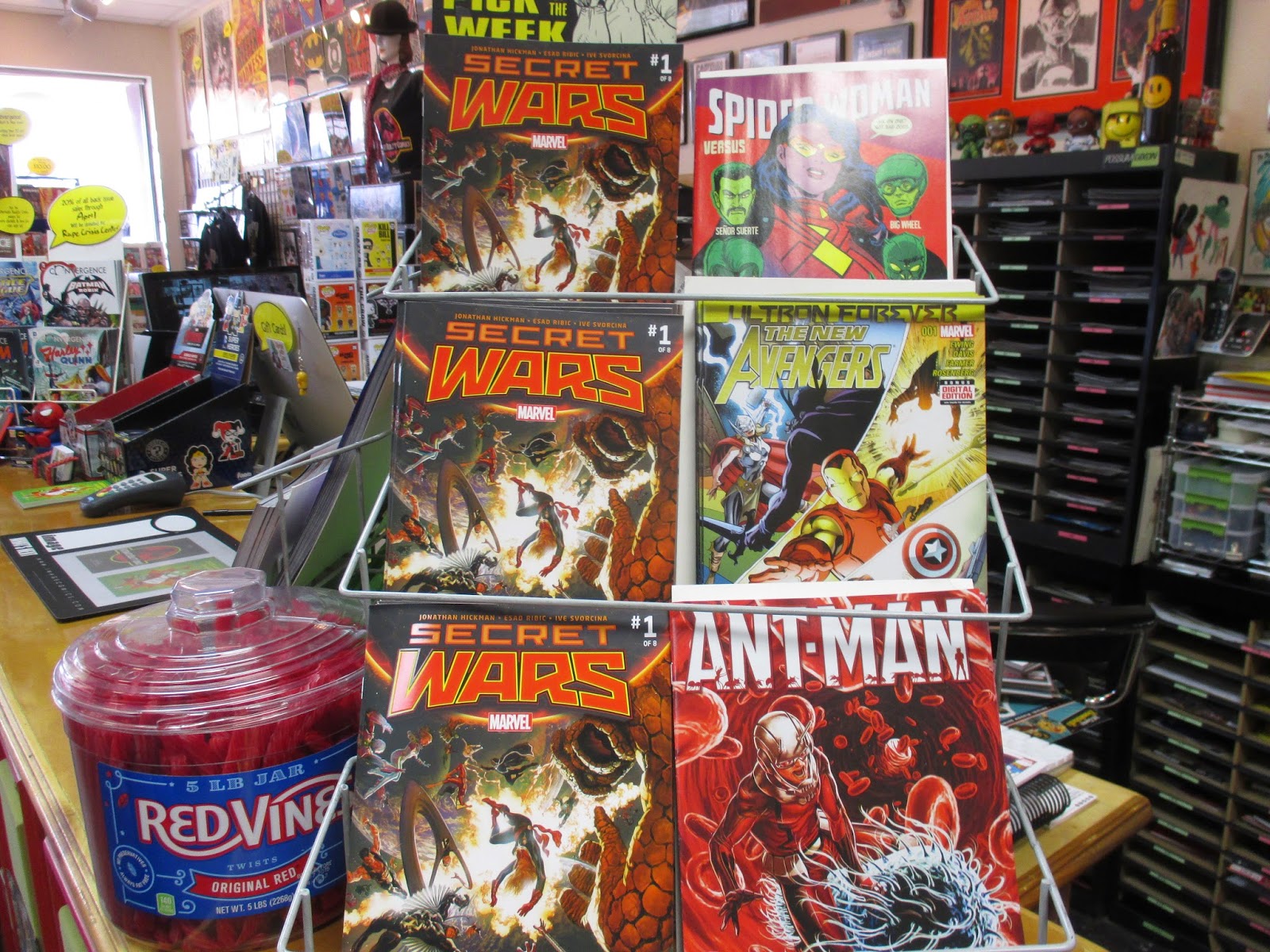 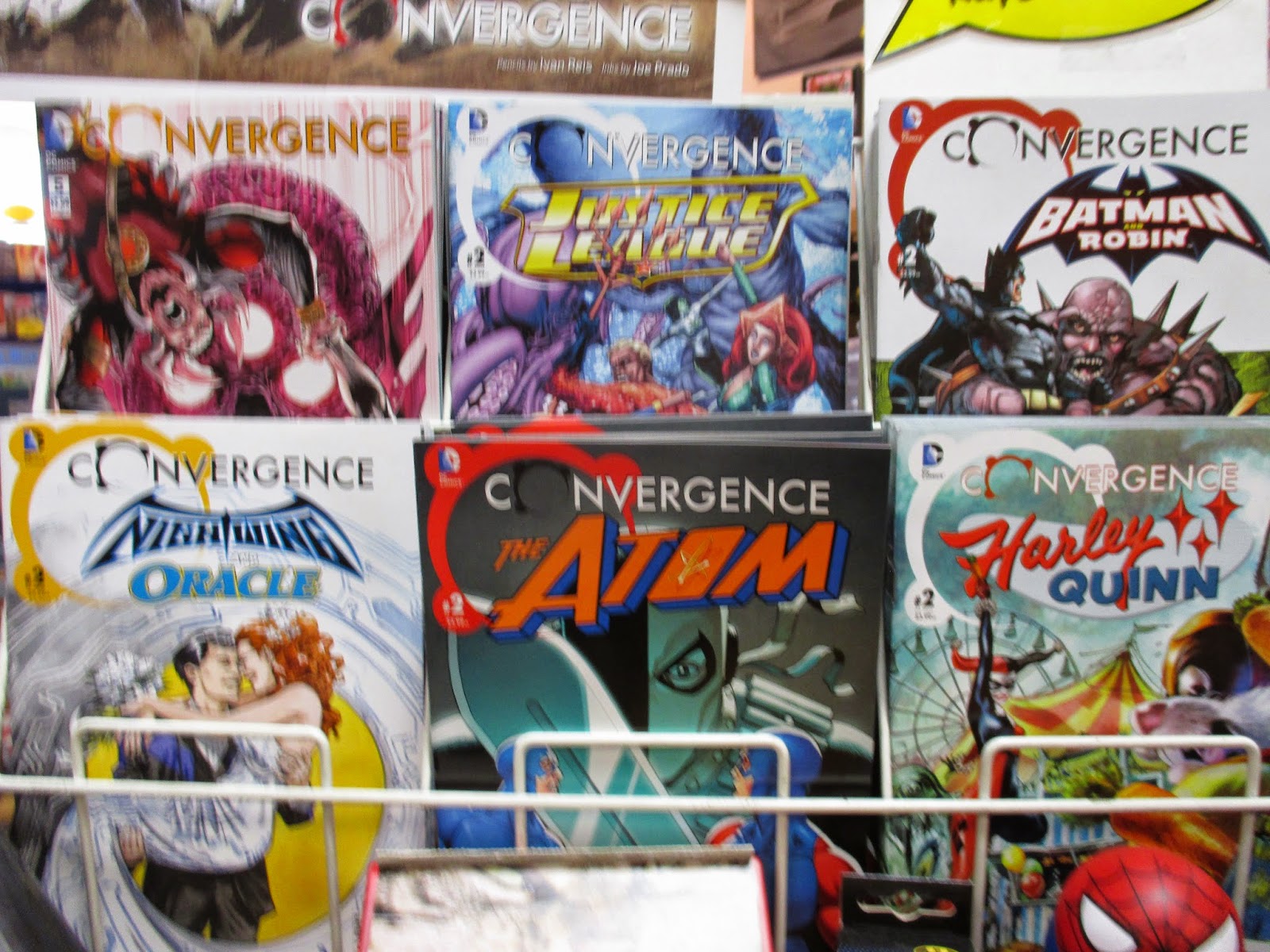 Looking forward to reading these Convergence mini series because week one had most of my favorites and here's the second concluding chapters of those - with each second issue of the Convergence minis having a new eight page story leading into DC's new June titles!
at May 05, 2015 No comments: