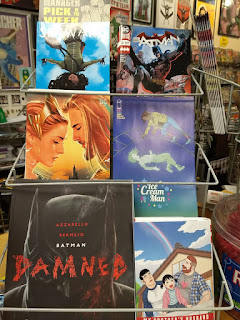 Batman Damned is a gorgeous mature readers new three issue Batman comic by Brian Azzarello & Lee Bermejo, people will be talking about this first issue and eagerly awaiting the second issue! Batman #55 - what just happened!? I'm not gonna say, but if you've smart and haven't seen online "news" about this issue, you're gonna be going "Wha!?" Second volume of My Brother's Husband! Look at this Aquaman cover, don't you wish he'd look like this in the upcoming movie!? I scream, you scream, we all scream for Ice Cream Man (a great Twilight Zone-esq title!)! 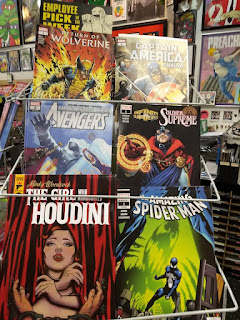 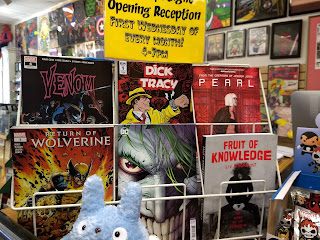 Big Joker face Jim Lee cover on this week's Justice League (one of my favorite superhero titles, I think Scott Snyder is channeling his inner Grant Morrison, Snyder's Justice League stories feel worth of the A list characters that make up the Justice League - and his buddy James Tynion IV writes this issue, he's channeling Snyder channeling Morrison!)! Dick Tracy, by Mike Allred, yes please!
at September 18, 2018 No comments: 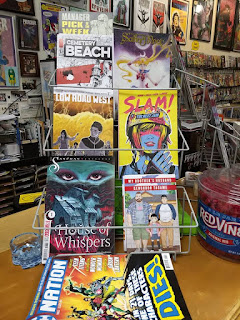 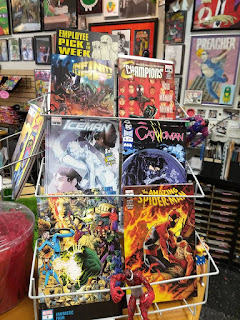 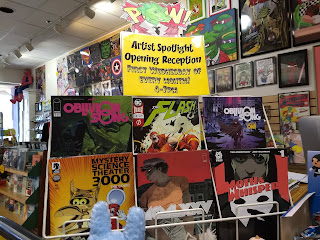 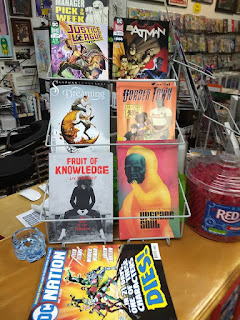 Once your eyes have consumed these three photos showing SOME of Wednesday's new releases, please look at the fourth photo featuring just SOME of the fantastic cartoon / comic book duck art local artists have contributed for our September Artist Spotlight group show that's benefiting the Southern Nevada Conservancy (details below and 20% of sales from 4-7pm will be donated to this org.!)! 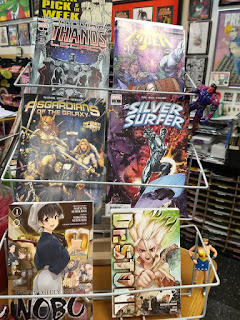 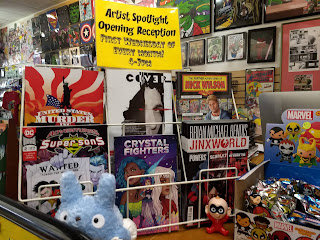 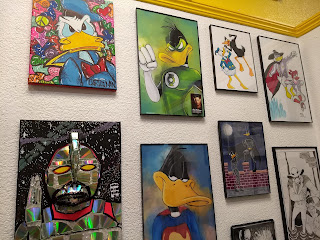 This September we're having a group show in celebration of the annual "Million Dollar Duck" art competition which will be held for the first time in Las Vegas (Springs Preserve Sept. 14 & 15). The Federal Duck Stamp Contest raises money for wildlife conservation. (For more information visit: http://www.fws.gov/birds/get-involved/duck-stamp.php)As a hat-tip to this competition, Alternate Reality Comics is hosting The Twenty Dollar Duck! You're invited to create your own duck art staring any cartoon or comic book duck (ex: Howard the Duck, Daffy Duck, Darkwing Duck, Uncle Scrooge). Submissions can be in any medium, but using sequins will get you bonus points!Art must be turned in no later than 8/29/18, and should be no larger than 11x17. Framing is encouraged.20% of all merchandise sales from our Opening Reception (9/5/18 4-7pm) will be donated to The Southern Nevada Conservancy (http://www.SouthernNevadaConservancy.org). Participating artists may donate money from the sale of their art to this charity.
at September 04, 2018 No comments: